Will gold be cheaper or dearer after Budget 2021? In chat with Anil Singhvi, IBJA President Prithviraj Kothari explains 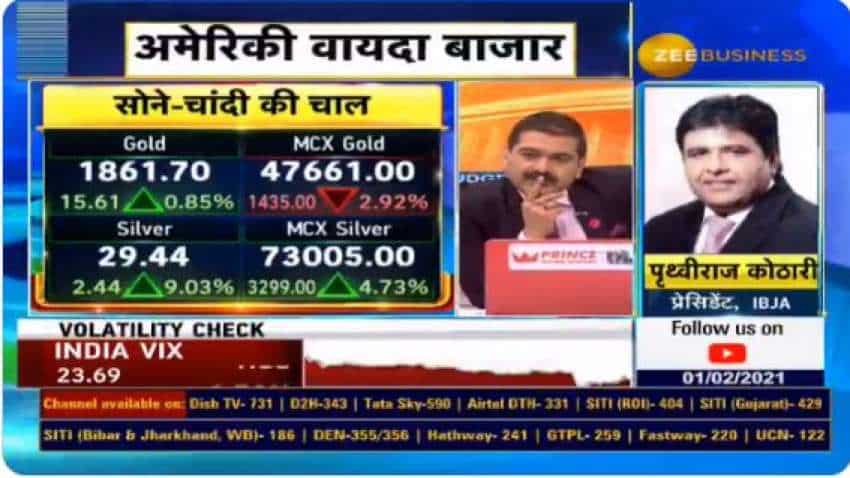 On the issue of 2.5 per cent cess, IBJA President is on the custom duty and not the entire price which means that the cess will be on the 7.5 per cent custom duty

The Finance Minister announced rationalisation of import duty on gold and silver from 12.5 per cent earlier to 7.5 per cent now and that effect has now come into the markets, Kothari said. The price of gold is cheaper by Rs 2 lakh per kg i.e. Rs 2000 on 10 gram, he added.

But in the international markets, the silver prices are up by 3 per cent. So the impact is not as much as was expected.

On the issue of 2.5 per cent cess, the President is on the custom duty and not the entire price which means that the cess will be on the 7.5 per cent custom duty.

He said that this was a welcome move and something above his expectations. He said that the industry was expecting it around 8 per cent.

He lauded the overall budget and called it unprecedented.

Commenting on the Budget 2021, Singhvi said that this budget was very good for the jewellery industry and they could not have asked for more.

Paytm shares rally 38% in less than two months; stock may surge by another 40% in near term, says expert—Here is why!