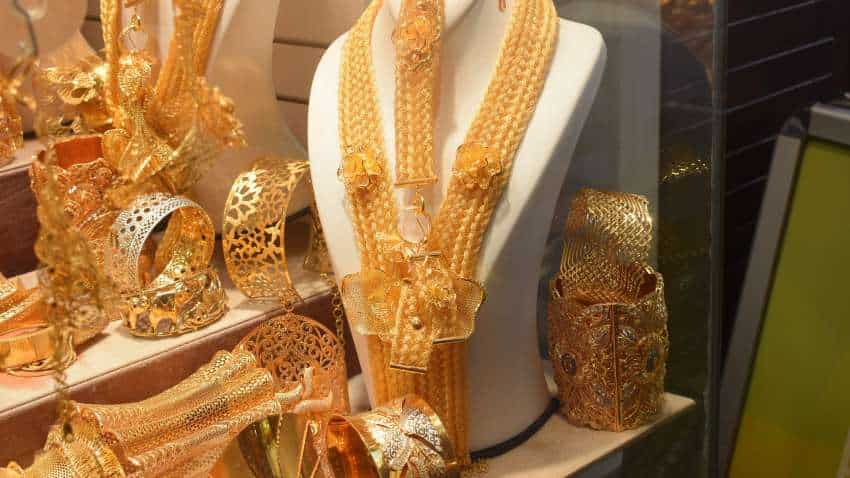 Gold Price Today, December 8: After witnessing a five-month high on Monday, the price of the yellow metal on Thursday again reached Rs 54000 level on the Multi Commodity Exchange (MCX). Gold has become expensive by approximately Rs 274 on December 8 compared to the previous day - December 7.

Silver showed brightness too. The metal was trading higher by over 1% in the futures market. It has become expensive by approximately Rs 890 on Thursday on MCX compared to yesterday.

Yesterday, gold price dipped by Rs 35 to Rs 54,054 per 10 grams in Delhi amid a fall in rates of the precious metal overseas, according to HDFC Securities. Silver also declined by Rs 251 to Rs 65,928 per kilogram, as per PTI report.

(Disclaimer: These are indicative prices collected from trusted sources. Investors are advised to check prices with their jeweller before investing/purchasing.)

After the Reserve Bank of India (RBI) hiked the repo rate by 35 basis points, the rupee pared initial losses and settled marginally higher at 82.47 against the US dollar on Wednesday, said PTI.

Budget 2023: Rs 28,138 crore allocated to meet requirements for One Rank One Pension

Holi Date in 2023: When is Holi in Uttar Pradesh, Bihar | Holika Dahan Date