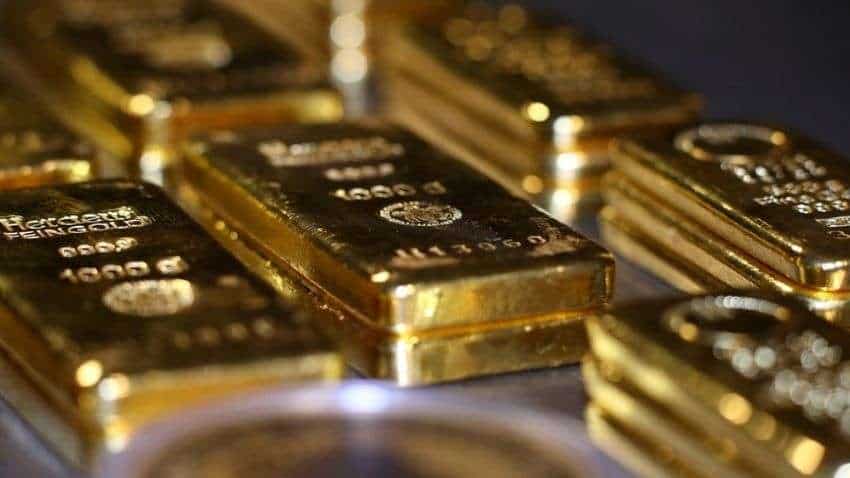 Gold touched a three-month low on Wednesday as an elevated dollar held down prices while investors await U.S. monthly inflation data, which might impact the Federal Reserve`s monetary policy stance and demand for bullion.

Spot gold held its ground at $1,838.55 per ounce, as of 0546 GMT, after falling to its lowest since Feb. 11 earlier in the session, as a relatively strong dollar made greenback-priced bullion less attractive for overseas buyers.

Gold is sitting at a critical price support level of about $1,830 and if inflation is softer than expected, prices might bounce, with investors prioritising the data`s impact on the Federal Reserve rather than bullion`s role as a hedge, said Ilya Spivak, a currency strategist at DailyFX.

If inflation is in line or even a little bit hotter, which is the main risk, gold prices might break lower through $1,800 to the next big test at $1,680, Spivak added.

Fed officials fortified on Tuesday their arguments for the swiftest series of interest rate hikes since at least the 1990s to combat inflation.

"The problem for gold investors and other commodities that have been used as an inflation hedge is that the Fed will at all costs raise rates to snuff out the inflation fires," said Stephen Innes, managing partner at SPI Asset Management.

''Increase in import duty on gold, will not have major impact on demand''