Budget 2020: 5 money-related changes that will have an impact on your pocket

Budget 2020: Finance Minister Nirmala Sitharaman made several tax-related announcements in Budget speech on Saturday that are likely to have an impact on your money. The finance minister said that the budget had provisions to boost the income and purchasing power of taxpayers. 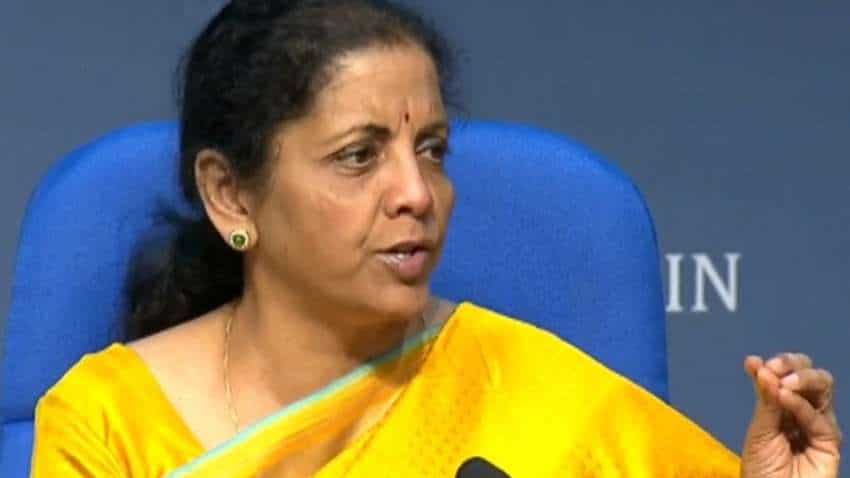 The taxpayers were looking at measures like easier loans, cheaper homes, and more money in hand. Source - PIB/Twitter.

Budget 2020: Finance Minister Nirmala Sitharaman made several tax-related announcements in Budget speech on Saturday that are likely to have an impact on your money. The finance minister said that the budget had provisions to boost the income and purchasing power of taxpayers. The new tax regime with lesser rates is one major step in this direction. The taxpayers were also looking at other measures like easier loans, cheaper homes, and more money in hand. Some of these were addressed while some were not. Here is a look at five tax-related changes that will have an impact on your money -

Probably, the biggest announcement to come from Budget 2020, the new tax regime aims to give more money to taxpayers by introducing new rates. However, the taxpayers will have the option to continue using the older slabs. The tax under the proposed new tax slabs are -

The finance minister has proposed to abolish the (Dividend Distribution Tax) which means that the dividend will now be taxed at the hand of the receiver at the applicable marginal rate. The move is expected to benefit the investors who fall in the lowest tax bracket. As of now, the dividend announced by the companies is taxed at 15 per cent.

Under the new tax regime, people with higher income won't be able to save on retirement products such as provident fund, superannuation funds or the New Pension Scheme (NPS). The new budget says that contribution by employers of more than Rs 7.5 lakh to a superannuation or provident fund or the NPS will now be taxed.

"There is no combined upper limit for the purpose of deduction on the amount of contribution made by the employer. This is giving undue benefit to employees earning high salary income," Budget documents say. This means that taxpayers may have to get their CTC re-worked.

A welcome move in the budget was the increase in insurance cover on bank deposits from Rs 1 lakh to Rs 5 lakh. The decision came in the wake of PMC incident. It will help boost the confidence of investors and allow them to put more money in banks.

We are open to tweaking inside & outside Budget: FM Nirmala Sitharaman

Government willing to do more beyond Budget to boost growth: FM Nirmala Sitharaman

Income Tax: Here are all deductions you can still claim under new regime

Gemini Edibles, Data Patterns, MapMyIndia among 10 cos to get Sebi's go ahead to float IPOs