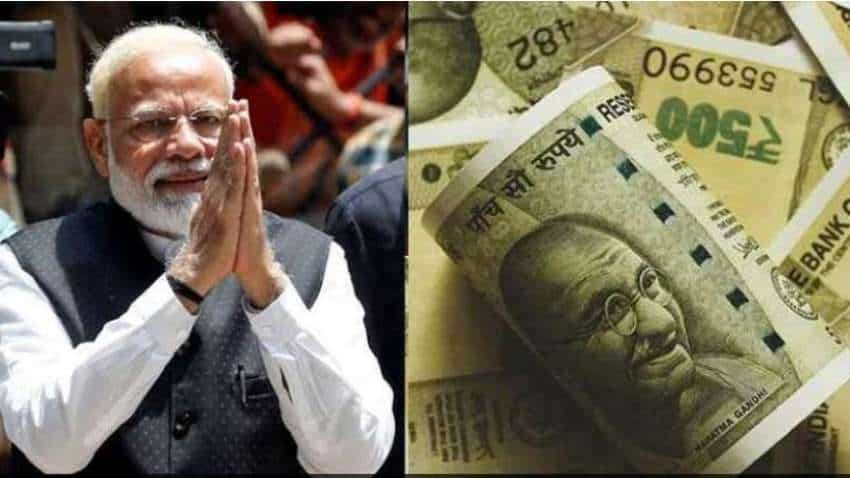 The Dearness Allowance will continue to be a distinct element of remuneration and will not be treated as pay within the ambit of FR 9(21), as per the OM. Source: Reuters and Pixabay

7th Pay Commission latest news: Good news for all Central government employees! On 14 July, the Cabinet Committee chaired by Prime Minister Narendra Modi approved to increase the Dearness Allowance to Central Government employees and Dearness Relief to pensioners to 28 per cent representing an increase of 11 per cent over the existing rate of 17 per cent of the Basic Pay/ Pension.

The Ministry of Finance’s Department of Expenditure has issued an Office Memorandum that the instalments of Dearness Allowance to Central Government employees due from January 01, 2020, July 01, 2020, and January 01, 2021, were frozen and to say that the President is pleased to decide that the Dearness Allowance payable to Central Government employees shall be enhanced from the existing rate of 17 per cent to 28 per cent of the basic pay with effect from July 01, 2021.

It further added that the term ‘basic pay’ in the revised pay structure means the pay drawn in the prescribed Level in the Pay Matrix as per 7th Central Pay Commission (CPC) recommendations accepted by the Government, but does not include any other type of pay like special pay, etc.

The Office Memorandum also adds: “The Dearness Allowance will continue to be a distinct element of remuneration and will not be treated as pay within the ambit of FR 9(21).”

The payment on account of Dearness Allowance involving fractions of 50 paise and above may be rounded to the next higher rupee and the fractions of less than 50 paise may be ignored, the OM said.

“These orders shall also apply to the civilian employees paid from the Defence Services Estimates and the expenditure will be chargeable to the relevant head of the Defence Services Estimates. In respect of Armed Forces personnel and Railway employees, separate orders will be issued by the Ministry of Defence and Ministry of Railways, respectively,” the OM mentioned.

In their application to the persons belonging to the Indian Audit and Accounts Department, these orders are issued under Article 148(5) of the Constitution and after consultation with the Comptroller & Auditor General of India, as per the OM.

Mindtree will focus on technology related to the healthcare segment: Vinit Teredesai, CFO