IT major Infosys on Thursday acknowledged that some users continue to experience difficulties in accessing the income tax portal and assured that it is working expeditiously, in collaboration with the Income Tax Department, to further streamline end-user experience. 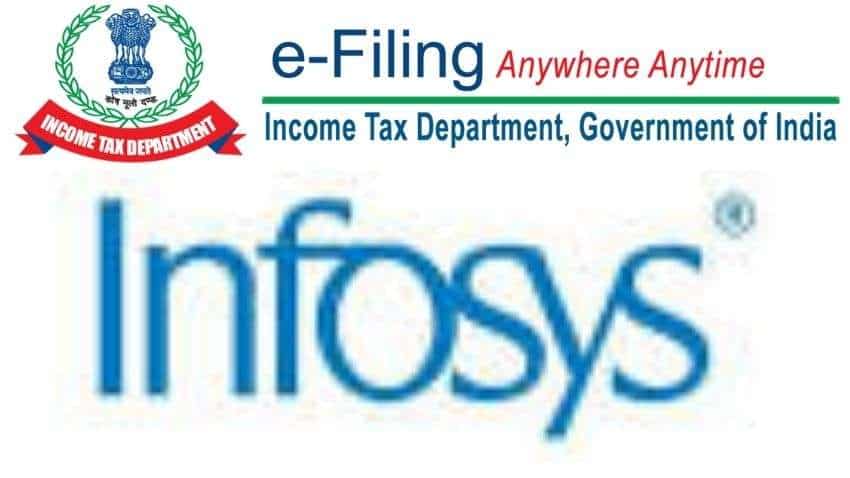 IT major Infosys on Thursday acknowledged that some users continue to experience difficulties in accessing the income tax portal. Source: incometaxindiaefiling.gov.in and infosys.com

IT major Infosys on Thursday acknowledged that some users continue to experience difficulties in accessing the income tax portal and assured that it is working expeditiously, in collaboration with the Income Tax Department, to further streamline end-user experience.

The Bengaluru-based company, which has drawn flak for glitches continuing months after the launch of the portal in June, said it has seen steady increase in usage over the last few weeks, and more than three crore taxpayers have logged into the portal and successfully completed various transactions.

"Even as the portal makes sustained progress with crores of taxpayers successfully performing transactions, the company acknowledges the difficulties some users continue to experience and is working expeditiously, in collaboration with the I-T Department, to further streamline end-user experience," Infosys said in a statement.

It added that over the last few weeks, the portal has seen steady increase in usage with "taxpayers' concerns being progressively addressed".

So far, over three crore taxpayers have logged into the portal and successfully completed various transactions, it noted.

Infosys said it "recognises" the ongoing challenges faced by some users and has engaged with more than 1,200 taxpayers directly to better understand their concerns.

"The company is focused on rapidly resolving these challenges while working closely with the chartered accountant community to ensure that a comprehensive set of user scenarios are supported and thoroughly tested before deployment.

Infosys remains committed to making rapid progress and has currently dedicated more than 750 resources to this project to complete significant portions of work, in collaboration with officials from the I-T Department," it added.

It further stated that "Infosys takes pride in partnering with the Government of India and continues to work closely with various departments to accelerate the digital evolution of the country's technology capabilities".

Infosys was, in 2019, awarded a contract to develop the next-generation income tax filing system to reduce processing time for returns from 63 days to one day and expedite refunds. The portal went live in June this year.

It had a bumpy start since the day of its launch, with taxpayers and professionals reporting glitches and difficulties in its functioning and many of these issues have continued even after over three months of the portal's launch.

Finance Minister Nirmala Sitharaman, in the meeting with Infosys CEO Salil Parekh, had expressed "deep disappointment" over persisting glitches and had given time till September 15 to resolve all the issues.

In its statement on Thursday, Infosys said during the month of September, more than 15 lakh unique taxpayers have logged into the portal daily on average, and over 1.5 crore returns have been filed till date.

Over 85 per cent of taxpayers who have filed their returns have also completed their e-verification, largely through Aadhaar OTP authentication, it added.

More than 11.5 lakh statutory forms and over 8 lakh TDS returns have already been filed, it added.

Infosys, which is India's second largest IT services firm, said taxpayer services such as e-proceedings, response to notices and demands, e-PAN services, DSC registrations, and functionality for legal heir, have also been enabled.

"Over 16.6 lakh e-PANs have been allocated. 4.3 lakh DSC registrations and over 3.44 lakh e-proceeding responses to notices have also been completed," it pointed out.

Bharat Bond ETF April 2032: How much you will get after investing Rs 1,00,000? Interest rate, maturity amount, tenure and more—All you need to know