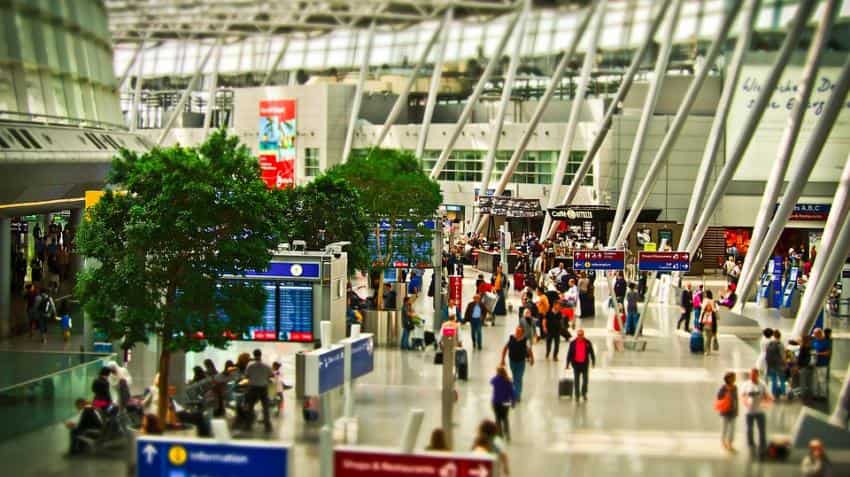 The robotic kiosk KATE, which can work autonomously as well as part of a team of several robots, has been developed by the research arm of air transport IT provider SITA. Image (Representational) Source: Pixabay

Spending hours in a long queue at an airport could soon be passe as researchers have designed a new check-in robot that will walk to passengers to assist them, a "wonderful" innovation that may also be deployed at an Indian airport.

The robotic kiosk KATE, which can work autonomously as well as part of a team of several robots, has been developed by the research arm of air transport IT provider SITA.

The intelligent check-in kiosk can identify crowded parts of an airport with the help of flight and passenger flow information and move in that direction to assist struggling passengers to locate check-in counters.

Out of the three prototypes developed, one is likely to be deployed at an Indian airport to be tested in real situations for range, safety and remote operations, according to SITA's head for India and the subcontinent.

"A kiosk attending a big crowd of passengers can tell another kiosk that I am busy, come help me," Renaud Irminger, Director, SITA Lab told PTI at the Air Transport IT Summit held in Brussels last week.

SITA is a multinational information technology company providing IT and telecommunication services to the air transport industry. The company provides its services to over 430 members and 2,800 customers worldwide which is around 90 per cent of the world's airline business.

They will be able to identify crowded areas in three ways - through its own intelligence, pre-programming and through remote control, Irminger said.

The cutting-edge robotic kiosk makes use of geo-location technology to find its way through the airport. It also deploys obstacle avoidance technology to avoid bumping into people or things.

KATE uses Wi-Fi to connect to vital airline and airport systems, doing away with the need for wiring or other fixed attachments, thereby allowing it to move around freely across the airport terminal.

When these robotic kiosks are low on power or run out of boarding passes or bag tags, they will automatically return to their docking stations.

This will help address concerns flagged by several airports which wanted check-in kiosks to be mobile instead of stationary so that they could be relocated on the basis of passenger flow, Irminger said.

According to Irminger, if an airport has a common-use platform such as SITA's "AirportConnect Open" technology, which allow multiple airlines to use the same kiosk, these robots can be installed in 24 hours.

India is among the fastest growing aviation markets in the world and is tipped to be the world's third largest by 2020.

"With bunching of flights, the airports get very congested and we can't depend on fixed infrastructure. For such scenarios KATE is a wonderful solution which can be moved around and scaled up," said Maneesh Jaikrishna, Vice President, SITA India and Subcontinent.

SITA provides technological solutions for 45 Indian airports which use its common use self service kiosks and can also deploy KATE.

Jaikrishna said he was already in talks with Indian airports for carrying out a trial.

He, however, admitted that airports needed to be WiFi enabled before KATE could be rolled out.

A passenger flow monitoring system at an airport will further help enhance the effeciency of KATE.

KATE signals how in years to come our airports will resemble a scene from a sci-fi.

Passengers can simply touch Leo's screen display to scan their boarding passes, print out luggage tags, find out where their gate is, and then Leo transports their bags to the baggage handling area.

Several airports across the world such as Schipol (Amsterdam), Changi (Singapore) and Haneda (Tokyo) have already deployed robots to help passengers navigate through the airport, for floor cleaning and baggage handling.

Jewar International Airport: 10 things you should know about this second international airport