MSMEs are an important sector for the Indian economy and they have contributed immensely to our country’s socio-economic development. In India, MSMEs contribute nearly 30% of the country’s GDP, and approximately 49% of the country’s exports. It won’t be wrong to refer them as the ‘Economic backbone of our country’.
Given the importance of MSMEs in our society and how they are instrumental in defining the path of our country, Zee Digital Plans to host a MSME NATIONAL SUMMIT AND AWARDS 2021 THE CORE COMMUNICATION would be a series of forums focusing important clusters(sectors) across India and their challenges to combat COVID CRISIS. 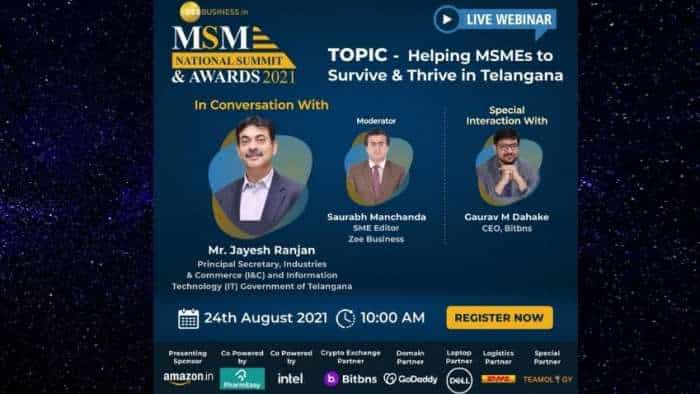 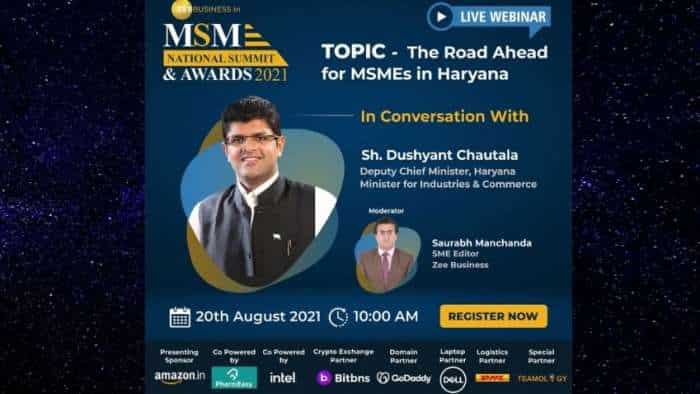 MSME National Summit and Awards 2021: ‘Haryana is fully prepared for the third wave, and this time, the industry won't have to shut down’ 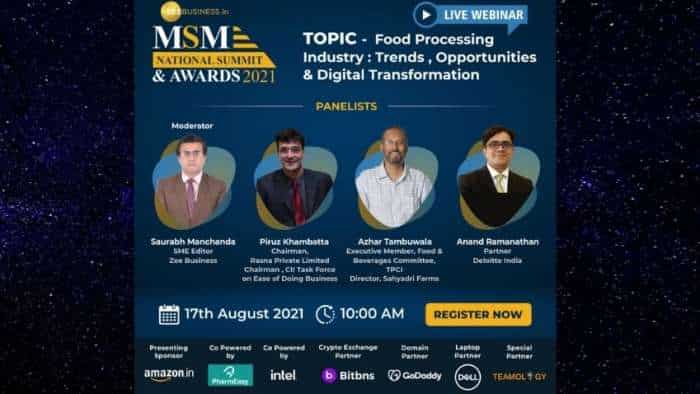 MSME National Summit and Awards 2021: “Industry will have to work with the government to make the PLI scheme a success”

Mr Sunjay Kapur is the Chairman of Sona Comstar, which is India’s leading automotive technology companies. With strong focus on research and development the company develops mechanical and electrical hardware systems, components as well as base and application software solutions, to meet the evolving demands of customers. The company has nine manufacturing and assembly facilities across India, China, Mexico and USA, of which six are located in India, from where it supplies its products to six out of the top 10 global Passenger Vehicle OEMs, three out of the top 10 global Commercial Vehicle OEMs and seven out of the top eight global Tractor OEMs by volume

Ms. Shradha Suri Marwah has more than 21 years of experience in the Automotive sector. She joined Subros in 2000 after a short stint with Six Continents, UK and Reebok, India. After graduating in Economics Honors from the University of Delhi, Ms. Suri obtained double degrees in the UK. A Masters in Management from The University of Leeds, and a M.Sc. in Economics & Information Systems from The London School of Economics and Political Science, University of London. Recognized as a change maker in the industry, she has held various portfolios in prestigious Industry committees over time. Currently, she is on the ACMA Executive committee as the Chairperson of ACMA Northern region

Mr. P R Aqeel Ahmed is considered as a visionary in the leather industry. He is the Managing Director of Florence Shoe, a well-known name in the footwear exports industry. He holds many key positions in the industry as well, is presently serving as Chairman of the Leather Sector Skill Council under the Ministry of Skill Development & Entrepreneurship, Govt of India.

Mr. Puran Dawar is a veteran of the shoe industry with a rich experience of more than three decades. His outstanding guidance and dedicated leadership have advanced the Dawar Group on a progressive path carving its distinct niche in the market. His knowledge of the international markets has paid well, and the Group has marked its presence in many countries. Mr. Dawar takes several important roles apart from leading his Group, he founded Agra Footwear Manufactures & Exporters Chamber (AFMEC) in 1997. He is also an active member of various organizations such as Govt. Committees including PGC and RAC, Governing Council of Footwear Design and Development Institute (FDDI), Governing Council of Central Footwear Training Institute (CFTI), Governing Council of Mahamaya Technical University, among others.

After doing her MBA in 2018, Ms. Rochita joined her family business. Currently she is serving as Director in Sreeleathers, overlooking strategic management and sales operations. In April,2019, she also launched her own retail brand, House of SL, where she is spearheading the brand management. Currently, she is juggling both executive roles and preparing the companies for digital expansion.

Dr. Rakesh Kumar is considered as a key architect for conceptualization and setting up of several important organizations in India such as setting up of India Expo Centre & Mart, Greater Noida, National Centre for Design & Product Development (NCDPD) for design and Product Development, Handicrafts & Carpet Sector Skill Council (HCSSC) to bridge the skill gap in the handicrafts & carpet sector. He has also been the Chairman of Indian Exhibition Industry Association (IEIA), Founder Chairman of Buying Agents Association of Indian (BAA) and founder governing committee of Network for Certification and Conservation of Forest (NCCF).

Mr. Nand Kishore Chaudhary, a globally acclaimed social entrepreneur, is the founder of Jaipur Rugs, one of India's largest manufacturers of hand knotted rugs and is often referred to as ‘Gandhi of the Carpet Industry’. With just two looms and nine artisans in 1978, his journey four decades later stands at Jaipur Rugs becoming a global social enterprise. The company is exporting to over 60 countries while providing sustainable livelihood to 40,000 artisans in 600 remote villages across five states in India, out of which 80% of them are women

Mr. Vipul Gupta after completing his MBA from Arizona State University in USA, joined Designco as Managing Director at a very young age in 2010. His vision is to bring in the knowledge and applications of new age technology in the evergreen handicraft industry. His efforts have not just transformed his company, but his efforts have created a ripple effect and upgraded the complete handicraft industry. Mr. Vipul has created another company named Designco LLC, in USA, to take a step further in his vision. Since his inception in Designco, the company has grown by more than 100% in revenue and have added many more US and European retail stores as customer in this last decade.

Dr A Sakthivel is the President of the Federation of Indian Export Organizations (FIEO). Dr Sakthivel is also currently the Chairman of Apparel Export Promotion Council. A visionary Trade and Industry leader with an experience of well over three and half decades. Dr Sakthivel has several path breaking initiatives added to his name as Guide, Mentor, Nationalist, Philanthropist and Humanist approach. A staunch votary of exporters issues, Dr Sakthivel has earlier also served FIEO, AEPC, TEA as its top functionary and played a vital role to help the growth of exports sector in India, especially for MSMEs, and his service has been well recognized both across the country and internationally. As the Founder President of Tirupur Exporters’ Association - popularly known as TEA, his immense contribution to the growth of Tirupur exports has been outstanding growing from a mere Rs 15 Crore to well over Rs 26,000 crores. He has played a key role in bringing Tirupur on the global map by getting it recognized as an association for cluster development.

Ajit Lakra after doing MSc Chemistry, initially worked with a leading Air conditioning company for 4 years. Post which in 1976, he joined his family business of bicycle parts manufacturing. He later moved to the textile sector in 1980 and started his business of manufacturing knitted fabrics and garments. Today, Superfine Knitters is one of the top suppliers of fabrics and garments to many national and international brands. Superfine Knitters is listed on BSE SME platform. Ajit Lakra has been leading the Ludhiana textile industry as President of Ludhiana Knitters Association & Head Textile Division, Federation of Industrial & Commercial Organization.

Mr. Elangovan heads a well-established merchandising service based in Tirupur. He is been in this business for last the last three decades , his company is engaged in the business of sourcing apparels for some of the reputed clients in U.S, Canada, Western Europe mainly U.K. The group has a complete vertically integrated set up, starting from yarn manufacturing to dispatch unit, supplying to major global brands. To meet global standards, the group updates its workforce with latest technologies followed around the globe, thus saving time and cost. The company has associate offices in Dubai, Dublin, and Bangladesh. Mr. Elangovan is also actively involved with various leading trade bodies. He is executive committee member in FIEO and AEPC.

Azhar Tambuwala is the Director of Marketing at Sahyadri Farms, Maharashtra. Encompassing a pool of as many as more than 8,000 marginal farmers of the country, this is a cooperative of the farmers, by the farmers and for the farmers.

Mr. Piruz Khambatta got involved with his company at the age of eighteen and has been its Chairman & Managing Director since 1997. Rasna today is present in more than 53 countries and is spread across India with 12 manufacturing plants, 36 depots and 1.8 million outlets, making a host of food and beverage products. On the corporate level, Mr. Khambatta is actively involved in various industry associations. He is currently Chairman – CII Task Force on Ease of Doing Business and Chairman CII National Committee on Special Abilities. He is Ambassador Make in India initiative and Champion of Change (NITI Aayog). Mr. Khambatta in past has also been President of All India Food Processors Association, Chairman, CII Gujarat Council and Chairman CII National Committee on Food Processing for several years

Anand has more than 16 years of experience from both an industry and consulting perspective. His work has primarily been in the consumer markets domain across various sectors such as FMCG, Agribusiness, Retail and E-commerce. Anand has extensive experience advising various FMCG, Retail and E-commerce clients across GTM strategy, channel and Salesforce effectiveness, sales ROI assessment, retail transformation, sales acceleration, market entry strategy, growth strategy and business operating model design, planning and implementation support. He is a graduate from BITS Pilani and completed his MBA from IIM Indore and PhD from IIM Bangalore. 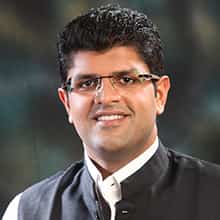 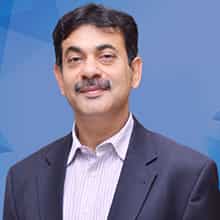 Principal Secretary of the Industries & Commerce (I&C) and Information Technology (IT) Departments, Government of Telangana 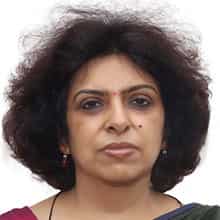 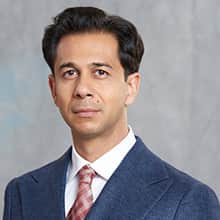 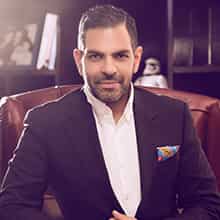 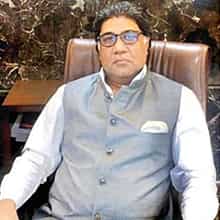 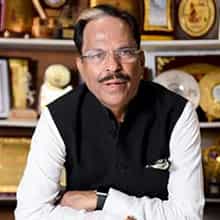 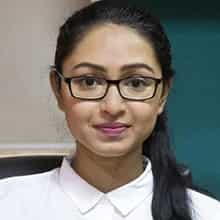 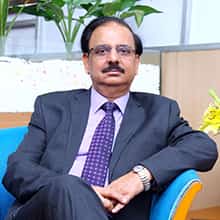 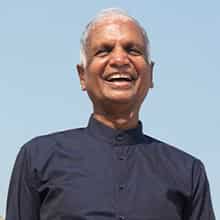 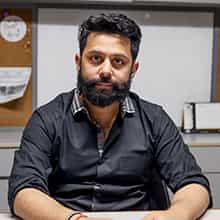 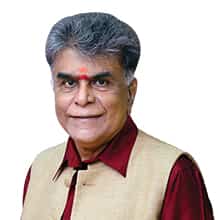 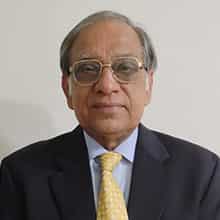 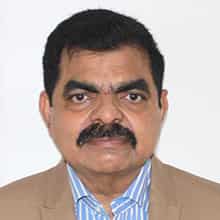 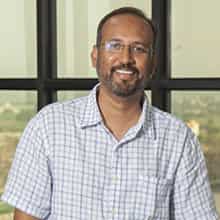 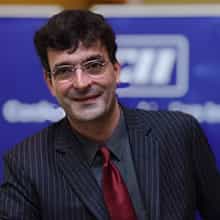 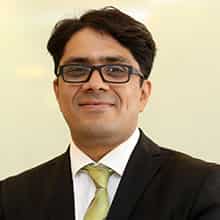 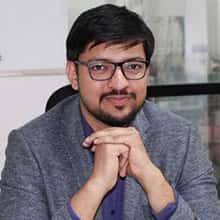 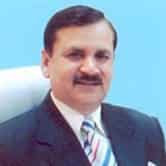 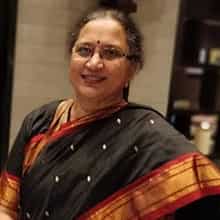 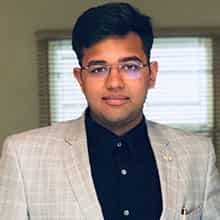 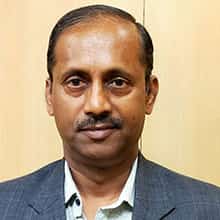