Rupee Vs Dollar: Rupee expected to consolidate in near term, say experts; may test 83 by year end versus greenback

Motilal Oswal's Amit Sajeja said that there will be consolidation in the near term and by the end of this year, Rupee could test levels of 83.20 against the Dollar 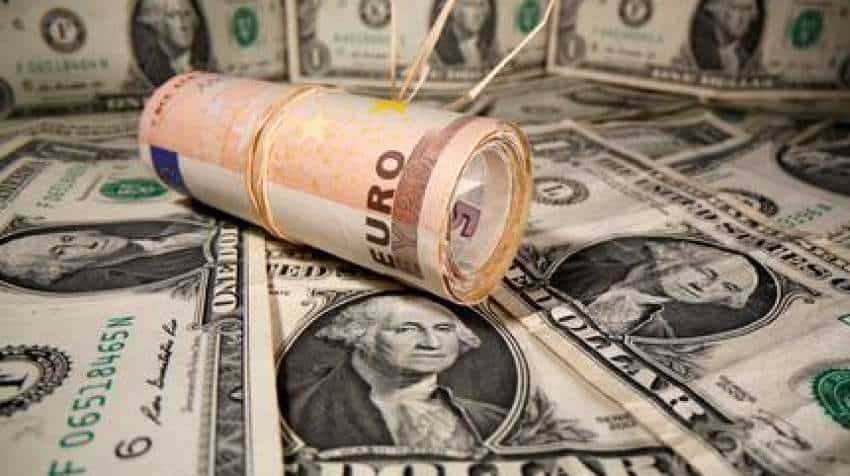 Rupee Vs Dollar: Indian Rupee is likely to have a depreciating trend over the next quarters, however, the pace of fall could be slow, Senior Technical Analyst Amit Sajeja said. We can expect INR to consolidate from here against the greenback. Dollar Index (DXY) has relented somewhat as global central banks are now taking action to protect their currencies, the Vice President - Research, Commodity and Currency at Motilal Oswal added.

Bank of England, People’s Bank of China, Bank of Japan and others have taken steps to arrest the fall in their respective currencies, the VP said.

He said that even the Reserve Bank of India’s Governor Shaktikanta Das has acknowledged that weakness in Rupee is not on account of domestic reasons. It is a derived impact as if major currencies fall against the USD, the impact is bound to come on rupee as well, Sajeja said.

He said that till the time yields do not top out or interest rate hike is not stopped, the secular trend in dollars is expected to remain on the higher side.

He said that there will be consolidation in the near term and by the end of this year, Rupee could test levels of 83.20 against the Dollar.

He said that the RBI could become proactive in protecting the Rupee like it did to protect level of 80 in July-September.

Rupee has seen a decline of almost 2.5 per cent over the last 10 sessions.

The stocks markets were trading in the green, breaking the 7-day losing streak on Friday. The Rupee also gained 0.76 per cent seeing its biggest rise in the last 20-days, another expert Anuj Gupta said.

Gupta, who is Vice President (VP), Commodity and Currency Research at IIFL Securities said that Rupee will likely hover around 82 in the medium term.

The rupee appreciated 24 paise to 81.49 against the US dollar in early trade on Friday ahead of the RBI monetary policy decision, PTI reported. Forex traders said the rupee gained as the dollar retreated from its elevated levels, the report said.

“During the current financial year (up to September 28), the US dollar has appreciated by 14.5 per cent against a basket of major currencies. This has caused turmoil in currency markets globally. The movement of the Indian Rupee (INR) has, however, been orderly compared to most other countries. It has depreciated by 7.4 per cent against the US dollar during the same period – faring much better than several reserve currencies as well as many of its EME and Asian peers,” Governor Das  today said in hi Monetary Policy speech.

“First, the rupee is a freely floating currency and its exchange rate is market determined. Second, the RBI does not have any fixed exchange rate in mind,” the Governor clarified.

“It intervenes in the market to curb excessive volatility and anchor expectations. The overarching focus is on maintaining macroeconomic stability and market confidence. Our actions have helped in engendering investor confidence as reflected in the return of capital inflows since July. Over the medium term, the primacy of price stability embedded in our flexible inflation targeting (FIT) framework provides the anchor for exchange rate stability,” he further said.

Rupee Vs Dollar: Rupee falls 25 paise to 82.75 against US dollar in early trade

Rupee Vs Dollar: Indian currency gains 8 paise to 81.25 against $

Rupee likely to remain under pressure in 2023, may touch 85 level against US dollar, say economists