The Indian currency on Monday appreciated by 45 paise to close at 81.90 (provisional) against the US dollar amid a weak American currency and sustained foreign fund inflows. 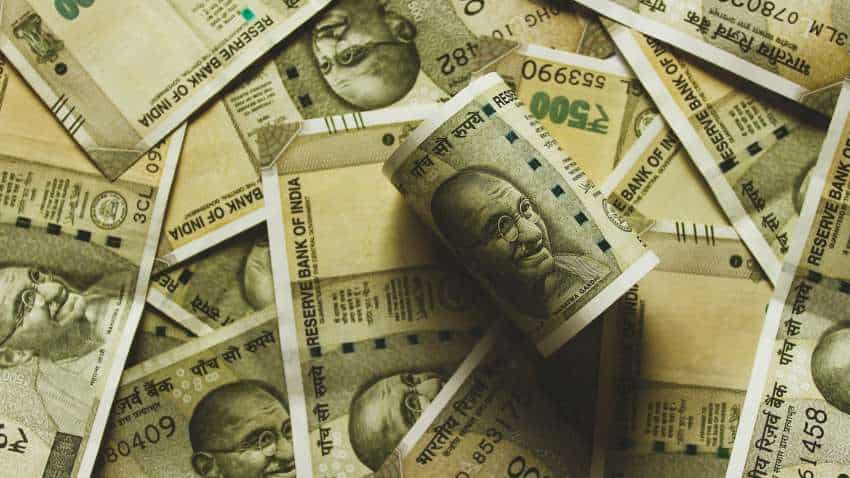 Indian Rupee Outlook, USD INR News: Despite Indian Rupee appreciating on back-to-back sessions, several analysts are of the view that the domestic currency may again likely see the 83-level as compared to the US dollar on the back of multiple negative triggers including strong greenback and pessimistic global market sentiments.

The Indian currency on Monday appreciated by 45 paise to close at 81.90 (provisional) against the US dollar amid a weak American currency and sustained foreign fund inflows. The local unit opened at 82.14 and touched an intra-day high of 81.90 and a low of 82.32 against the greenback.

The rupee is likely to depreciate back till 83.00 levels this week amid a strong dollar and pessimistic global market sentiments, ICICI Securities Head-Research Pankaj Pandey said in its commodity and currency report. 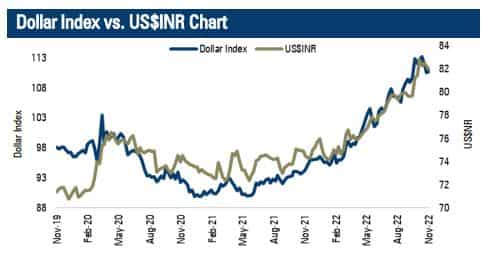 “The dollar is gaining strength as comments from Fed chair Jerome Powell dashed hopes that interest rate hikes will end soon. Besides, US CPI data may show that inflation remained elevated in the coming week and a US jobs report may show that fewer people have filed for jobless claims.”

According to ICICI Securities, investors will also remain cautious ahead of US midterm elections as control of Congress is at stake and CPI data from India is anticipated to show that inflation remained above 6 per cent for a tenth consecutive month and stayed above RBI’s comfort zone.

Technically, the pair USDINR is still in the range with the downside support at 81.90 and resistance at 83. HDFC Securities research analyst Dilip Parmar said in a report on currency, adding that the momentum oscillators and indicators on the daily and hourly chart turned weak indicating higher level selling in the pair. 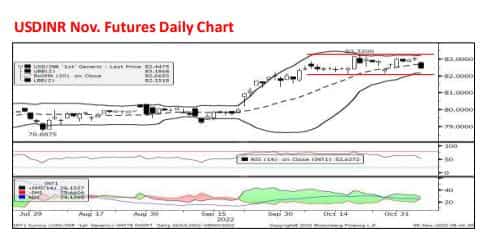 According to HDFC Securities, “USDINR November Futures has been consolidating in the broad range of 82 to 83.30 since the start of October and the pair closed below the middle line of the Bollinger Band. Momentum oscillator, Relative Strength Index of 14 days exited from the overbought zone and weakened indicating near-term negative momentum.”

Foreign Institutional Investors (FIIs) were net buyers in the capital markets on Friday as they purchased shares worth Rs 1,436.25 crore, according to exchange data.