Amid fears of inflation and rate tightening by global central banks, crude prices have been exhibiting extreme volatility. 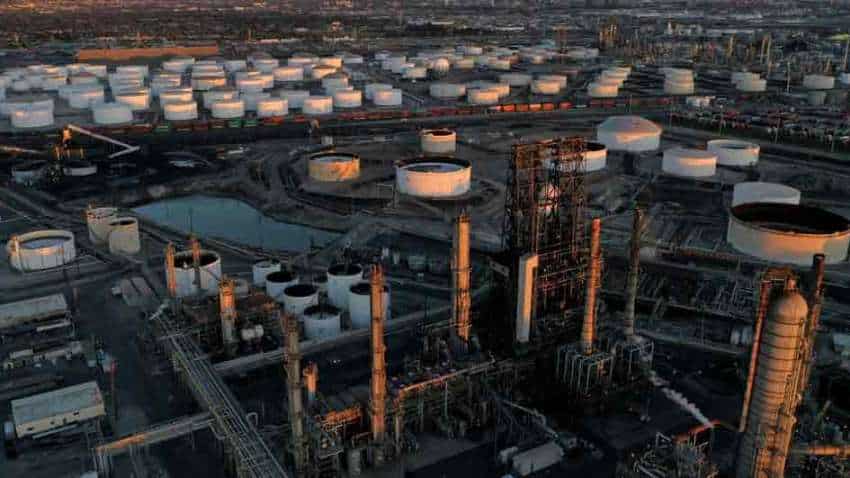 Oil plummeted about 9% on Tuesday in the biggest daily drop since March, while the prices jumped as much as nearly 3% on Wednesday. Source: Reuters

Amid fears of inflation and rate tightening by global central banks, crude prices have been exhibiting extreme volatility. Oil plummeted about 9% on Tuesday in the biggest daily drop since March, while the prices jumped as much as nearly 3% on Wednesday. Fears of global markets slipping in recession are also weighing on oil.

Meanwhile, global brokerage firms have come up with extreme opposite reports on the crude prices. JP Morgan sees crude prices jumping to a record $380 per barrel, while CITI says the prices can even come down to $45 a barrel.

As per JP Morgan, Oil prices could surge up to to $380 a barrel if Russia decides to slash crude production in response to Western plans to cap the country's energy prices.

Retaliating against the G7 price restrictions, Moscow could slash its oil production by as much as 5 million barrels per day without causing excessive damage to its economy, says JP Morgan.

"The most extreme scenario of a 5 million barrel per day slash in production could drive oil prices to a stratospheric $380 a barrel," JPMorgan's analysts, led by Natasha Kaneva, said in a note.

It is of the view that Russia is in a commanding position, despite sanctions by the West, thanks to the recent hikes in oil and gas prices. However, such action by Russia could turn disastrous for global oil markets.

On the contrary, CITI believes that crude oil could slump to $45 by 2023 end and touch $65 by the year end in case of recession. CITI's scenario is based on the fact that if Russia denies oil to the US and European countries and continues supplying it to Asian nations, the crude prices could drastically come down to the said levels.

"If global economic growth slows toward recessionary levels, prices could plunge to $65 a barrel by the end of 2022 and keep falling to $45 a year after that," Citi said. There is a 10% probability of this outcome, it said.

However, there is a 50% possibility of oil prices slipping to $85 a barrel, while it pegs 30% probability of crude oil reclaiming $120 per barrel-mark.

Meanwhile, Oil prices rose as much as nearly 3% on Wednesday before paring some gains as investors piled back into the market after a heavy rout in the previous session, with supply concerns returning to the fore even as worries about a global recession linger, said a Reuters report.

"Today is sort of a reset. No doubt there is short covering and bargain hunters are coming in. The fundamental story regarding global tightness is still there ... The sell-off was definitely overdone," John Kilduff, partner at Again Capital LLC, told Reuters.

Earlier, Oil plummeted about 9% on Tuesday in the biggest daily drop since March on growing fears of a global recession and lockdowns in China that could slash demand. Global benchmark Brent crude had settled at $102.77 a barrel, losing $10.73, or 9.5%, on Tuesday.

From Rakesh Jhunjhunwala's portfolio: 5 Tata Group stocks that made him ace investor