MCX Gold June Futures on Wednesday slipped below 50,000 amid rise in U.S. Treasury yields even as dollar extended its decline to a fourth day 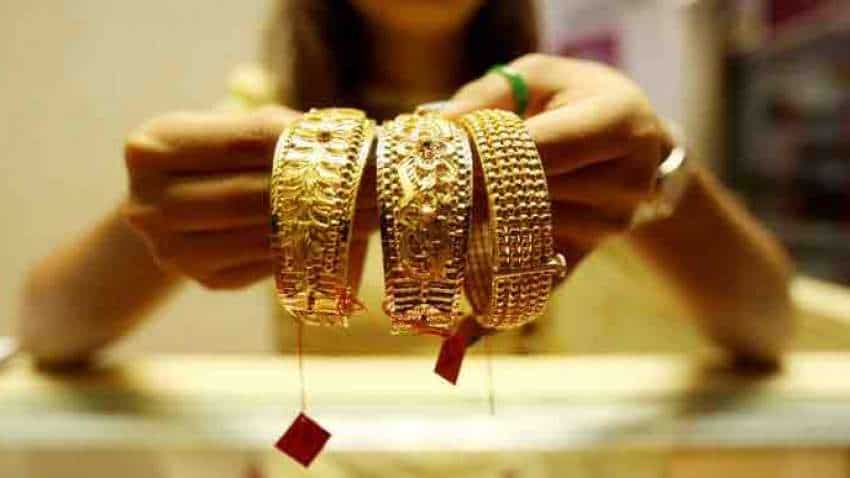 As per experts, the fall in the bullion prices comes on the back of rising US treasury yield. Source: IANS

MCX Gold June Futures on Wednesday slipped below 50,000 amid rise in U.S. Treasury yields even as dollar extended its decline to a fourth day, pulling back from a recent two-decade high against a basket of major peers. On The Multi Commodity Exchange, the precious metal declined to the day's low of Rs 49863 per 10 gram in the early trade on Wednesday.

As per experts, the fall in the bullion prices comes on the back of rising US treasury yield. They are of the view that gold is trading at oversold zone on technical chart is expected to trade sideways this week.

With the global economy in focus after weak economic data from China highlighted worries about the prospects for a global slowdown, dollar index weakened, pushing gold prices higher, said Ravi Singh-Vice President and Head of Research-ShareIndia.

As per Ravi Singh, the buy zone is above Rs 50,250. Once the yellow metal reaches this level, Investors can buy it for a target of Rs 50500 per 10 gram. Sell zone is below 50m000 and the target is 49800, said the expert.
Meanwhile, Amit khare, AVP- Research Commodities, Ganganagar Commodity Limited, said gold and silver prices were just modestly higher in midday U.S. trading Tuesday and lost solid early gains after some stronger-than-expected U.S. economic data and rising U.S. bond yields.

In the meantime, the U.S. dollar index is lower. The yield on the 10-year U.S. Treasury note is fetching around 2.9%, he said.

Gold and Silver showed some mixed movement on May 17 trading session. On the Multi-Commodity Exchange (MCX), June gold contracts closed down a little bit by 0.15% at Rs 50,173 for 10 grams. While July contract Silver futures closed at Rs 61,156 a kilogram, 0.38% up.

"As per technical chart Gold and Silver are trading at oversold zone, we can see a huge short covering rally in coming future. Momentum indicator RSI is also indicating the same in hourly as well as daily chart," he said. He suggested traders create a fresh buy position near given support levels. Traders should focus on important technical levels given below for the day: