India Gold MCX December futures were trading firm on Friday despite ending flat on Thursday amid Thanksgiving holiday, US inflation data and other global cues 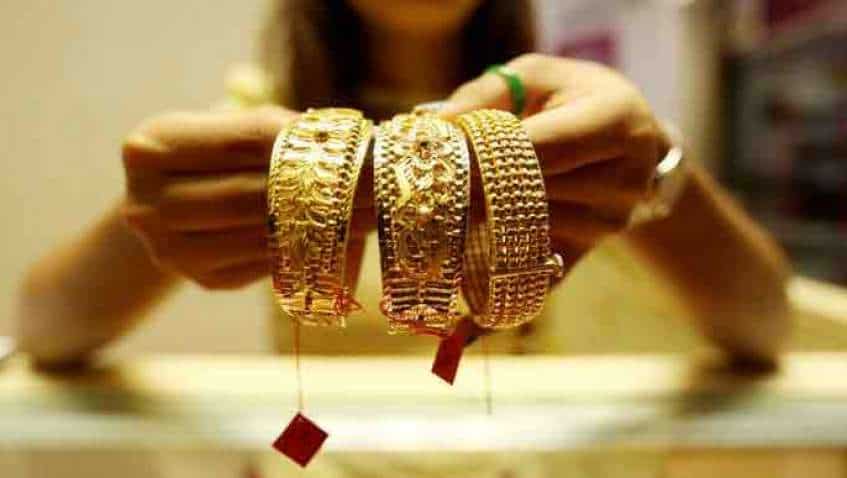 India Gold MCX December futures were trading firm on Friday despite ending flat on Thursday amid Thanksgiving holiday, US inflation data and other global cues. The Bullion Index ended marginally in the red on Thursday, tracking weak domestic futures. At around 11.15 am, the precious metal was trading with gains of Rs 314 at Rs 47735 per 10-gram after opening at Rs 47615 per 10-gram on the Multi Commodity Exchange of India (MCX). Gold has closed at Rs 47421.00 per 10 gm on MCX on Thursday.

"International spot gold and silver prices ended flat on Thursday in a lackluster trade due to thanksgiving holiday in the U.S.  Inflation concerns continued to lend support. Additionally, a rise in Covid cases in Europe and a new variant, detected in South Africa, has prompted Britain to introduce travel restrictions on South Africa and capped downside in bullion," said Sriram Iyer, Senior Research Analyst at Reliance Securities

He further said that an upside remained capped amid expectations that the Federal Reserve may hasten its monetary tightening to cool rising prices.

The expert said trading is likely to be thinned by the U.S. Thanksgiving holiday. Technically, if LBMA Gold continues to trade below $1795 level, it could witness a Bearish momentum up to $1770-$1760 levels. Resistance is at $1805-$1810 levels.

"Gold and silver prices were also supported by increasing covid-19 cases in Europe and announcement of lockdown in Germany. European economic data released this week were also lower than expected and could support precious metal prices. The Chinese financial press also said that the government will continue its fiscal stimulus to support the economy. Global inflation remains alleviated due to higher liquidity in the system," said the analyst.