Zee Business Stock, Trading Guide 4 October  2022: The domestic equity market failed to maintain the momentum after closing strongly on Friday as benchmarks Nifty50 and Sensex dropped over one per cent each on Monday. 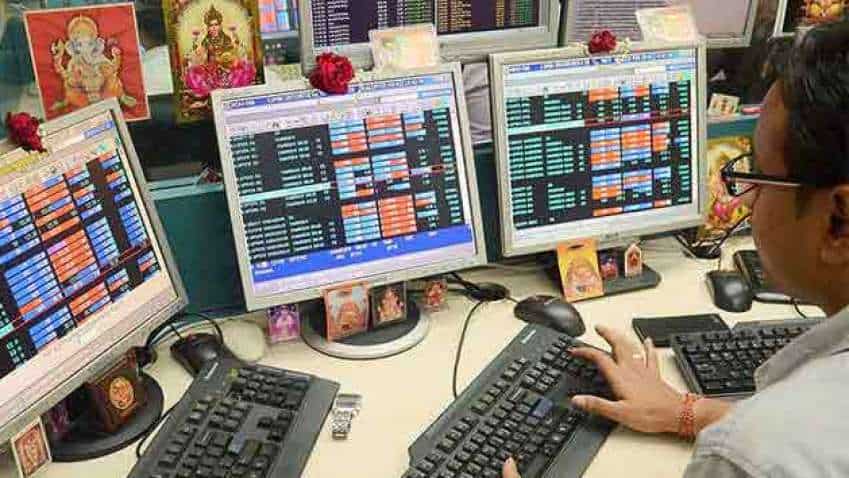 The Nifty lacked follow through buying on October 03, after having formed a bullish outside bar & an Engulfing bull candle on September 30, said Gaurav Ratnaparkhi, Head of Technical Research, Sharekhan by BNP Paribas

Sectorally, Nifty Pharma and healthcare outperformed as the former closed higher by 1.11% and the latter gained 0.83%, while all other sectors slipped in the red. Bank, Auto and Metal indices declined the most on Monday.

"Global markets are expected to stay under pressure due to the confluence of an unfavourable economic outlook and investor risk aversion. Global markets were in pain as economic data forecast to shed lower as indicated by high-frequency indicators in European regions like UK PMI is consequently down below 50 showing contraction in economy. As demand slowed, India's manufacturing PMI declined slightly to 55.1 in September. As a result, all the key sectors were pressured by selling, except pharma & Oil stocks," said Vinod Nair, Head of Research at Geojit Financial Services.

Here are major things to know before the market opens on Tuesday, October4, 2022.

The Nifty lacked follow through buying on October 03, after having formed a bullish outside bar & an Engulfing bull candle on September 30. It witnessed downside pressure throughout the day & ultimately formed an Inside bar pattern on the daily chart. In terms of the Fibonacci retracement, it retraced nearly 78.6% of Friday’s rise where the key Fibonacci level acted as a support near 16840. The weekly chart shows that the index has once again moved down to retest its key weekly moving averages. The overall structure shows that the index has stepped into a short-term consolidation mode & can see consolidation near 16800-17200. The internal structure shows that a move towards the upper end of the range is likely in the coming sessions.  --Gaurav Ratnaparkhi, Head of Technical Research, Sharekhan by BNP Paribas

The Bank nifty index started the week with a sharp correction and faces stiff resistance on the upside at the 38,500 level where aggressive call writing has been witnessed. The index next support stands at 37500 and if breached on a closing basis will aggravate the sell-off. The index is likely to witness volatility throughout the week and once should play with proper risk management on either side- Kunal Shah, Senior Technical & Derivative Analyst at LKP Securities.

Mumbai City gas utility Mahanagar Gas has increased the retail price of compressed natural gas (CNG) and piped natural gas (PNG) by Rs 6/kg and by Rs 4/ SCM respectively in and around the megapolis from Monday midnight.

Accordingly, the revised retail price of CNG will be Rs 86/kg and domestic PNG will be Rs 52.50/SCM, MGL said in a statement on Monday evening.

Rupee declines by 42 paise on October 3

The rupee fell by 42 paise to close at 81.82 against the US dollar on Monday, snapping its two-session gaining streak as heavy selling in domestic equities and a spike in crude oil prices weighed on the local unit. Besides, a stronger greenback against key rivals and weak macro data put pressure on the domestic currency, forex dealers said. At the interbank foreign exchange market, the local currency opened weak at 81.65, fell further to 81.98 against the American currency.
It finally ended at 81.82, down 42 paise over its previous close. In the previous session, the rupee settled at 81.40 against the greenback.

India's manufacturing PMI slipped to 55.1 in September, trailing estimates of 55.80 and previous month's reading of 56.2. The seasonally adjusted S&P Global India Manufacturing Purchasing Managers' Index (PMI) indicated a strong improvement in the health of the Indian manufacturing industry, as companies stepped up production in tandem with a sustained increase in new work intakes.

Foreign institutional investors (FIIs) were net buyers in the capital market on Monday as they bought shares worth Rs 590.58 crore, as per exchange data. After infusing funds in the last two months, foreign investors turned sellers again in September and pulled out Rs 7,600 crore from the Indian equity markets amid a hawkish stance by the US Fed and sharp depreciation in the rupee.