Stock Market Today 28th Sep 2022: Market Expert Siddharth Sedani that correction is a buying opportunity in good stocks and investors can buy in a staggered manner. He said that RBI commentary and road map on economy will be crucial. Buy on dips, he said 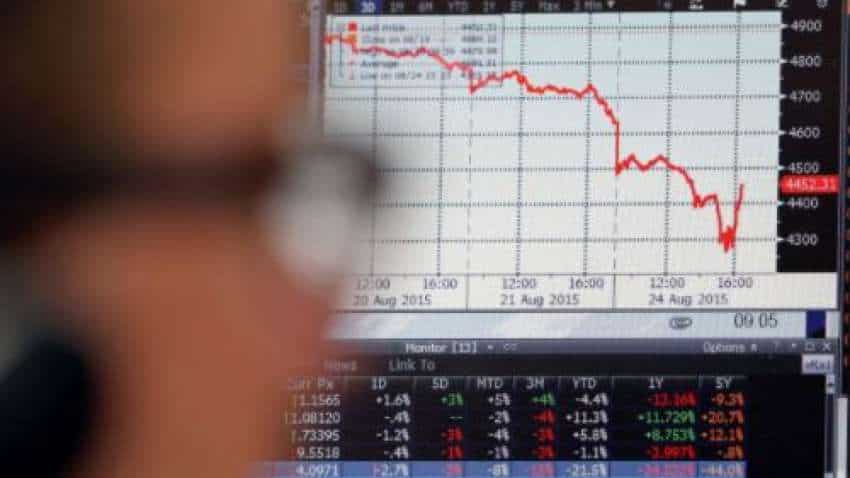 Anil Singhvi Strategy: Market Participants must gear up for big action tomorrow, Singhvi said. Nifty50 has support between 16600 and 16700 while resistance at 17000-17200. Source: Reuters

In the 30-share Sensex, 18 stocks were trading in the red at the closing time while the remaining 12 were in the green. Meanwhile, in the 50 share index, 15 stocks advanced while 35 declined.

Things to watch out for when markets reopen on Thursday:

1) RBI MPC: The Reserve Bank of India’s Monetary Policy Committee (MPC) meeting began today. The announcement of policy rates along with Central Bank’s commentary on Inflation, Economy and GDP will be announced by Governor Shaktikanta Das on Friday. RBI is expected to increase interest rates by 50 basis points.

2) Rupee Vs Dollar:  The Indian Rupee plunged below the 82 mark for the first time in day trade before settling down by 40 paise at 81.93 against the US dollar on Wednesday. The weakness was on the back of heavy forex outflows due to strengthening of US treasury yields. At the interbank foreign exchange, the rupee opened at 81.90 and later fell to 82.02 to a dollar in day trade due to risk-averse sentiment among investors. The rupee finally settled at 81.93, its all-time closing low. PTI 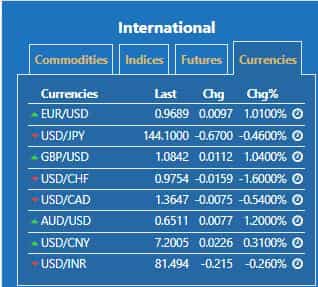 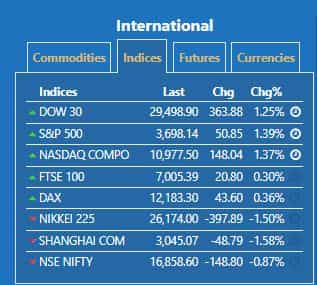 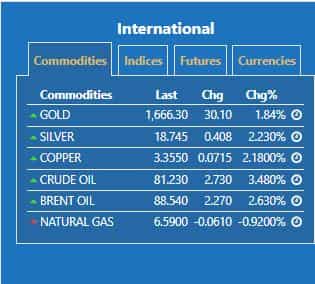 10) Thursday will be a monthly expiry day and markets could see some profit booking.

11) Market Expert Siddharth Sedani that correction is a buying opportunity in good stocks and investors can buy in a staggered manner. He said that RBI commentary and road map on economy will be crucial. Buy on dips, he said. Stock to buy with a positional view is United Spirits for a price target of Rs 1035 and stop loss of Rs 760. For long term, he suggested a buy on Apcotex Industries for a price target of Rs 703.

12) Stock Market Expert Nilesh Jain said that the markets remain oversold and may see a bounceback soon. He said that Nifty50 has breached 200-day Moving Average (DMA) of 17000. He sees a strong support at at 16800 while resistance at 17000. He expects Nifty50 to trade in a range between 16800 and 17000. Jain, who is Assistant Vice President, Derivative and Technical Research at Centrum Broking sees major support in Nifty Bank at 37300 while the resistance at 38200. If this is breached downwards, an 600 point downside will open, he said adding that trends remain weak. On pull back levels of 38000-38300 could be seen.