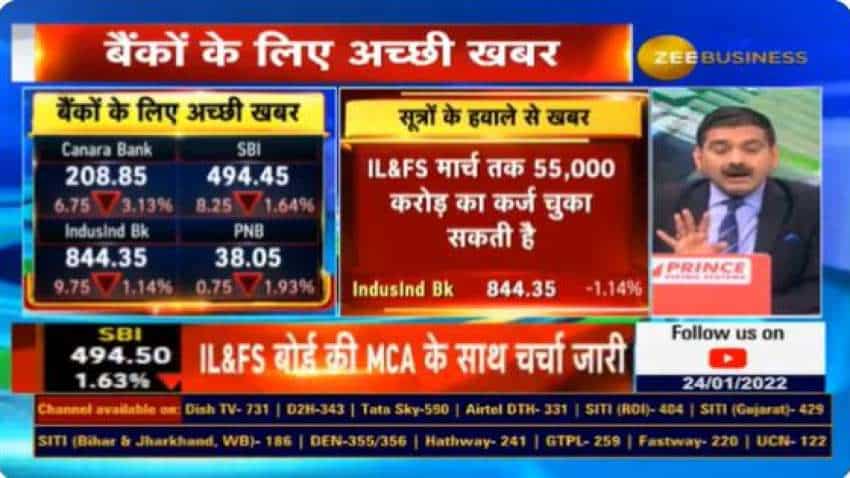 The scam surfaced in 2018. The Ministry of Corporate Affairs had previously filed an application before the National Company Law Applette Tribunal (NCLAT), informing it that it will not allow disbusement of payments to lenders until the last company completes resolution process.

However, the MCA along with the Reserve Bank of India (RBI) and the new company board held a meeting on 21 December 2021 and made a decision of prepayment.

It will also issue InVITS worth Rs 5000 cr which IL&FS is planning to launch by 31 March, Sharma said in his report.

The company is also planning to pay Rs 55,000 cr to its other lenders as well by March.

In a press conference in November it was revealed that out of the total dues of Rs 94,000 cr recovery to the tune of Rs 61,000 will be made.

This will be a big positive for PSU banks and Indusind Bank, he further said.

The MCA along with IL&FS have filed an aplication before the NCLAT where they have expressed their intention of prepayment and also given a detailed plan with respect to this.

Zee Business Managing Editor Anil Singhvi called this a big news for the banks and augurs well for them.

On InVITS, Sharma said that the valuation is pegged around Rs 21,000 cr. This has 12 road projects in it, he clarified. Units worth Rs 5000 cr will be issued to the investors from whatever money comes via this route.