IT sector Q2FY23 Preview:IT behemoth Tata Consultancy Services (TCS) will kick-off the Q2FY23 earnings season for IT stocks on next Monday, October 10. 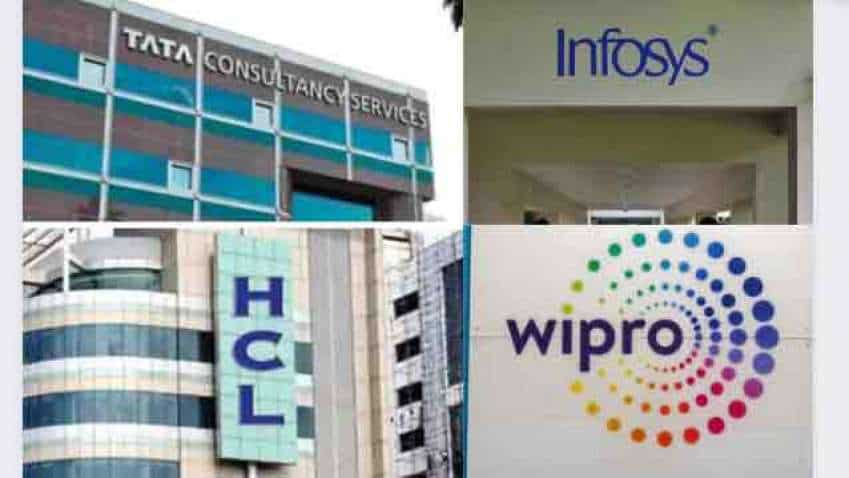 IT sector QFY23 preview: The Nifty IT index declined 3.1% in 2QFY23, underperforming Nifty by a staggering around 1140bps.

IT behemoth Tata Consultancy Services (TCS) will kick-off the Q2FY23 earnings season for IT stocks on next Monday, October 10. It will be closely followed by HCL Technolgies on October 12 and the second largest domestic IT firm in terms of revenues, Infosys, will present it’s the results for the quarter ended September on October 13. Besides, Wipro Q2FY23 results will also be announced on October 12.

Brokerage firm Nirmal Bang expects the revenue growth of IT majors to grow by 3.5-4.5% on a quarter-on-quarter (QoQ) basis amid underperformance by the Nifty IT index.

The Nifty IT index declined for the third consecutive quarter. The index was down 3.1% in 2QFY23, underperforming Nifty by a staggering around 1140bps.

As per Nirmal Bang, the under-performance of Nifty IT was due to compression of the high starting valuation of the sector after significant PE multiple expansion over 2020 and in 2021.

"This was due to the change in interest rate regime in developed markets (DMs). Fears of a recession in DMs over the next 12 months on account of stronger and swifter monetary tightening by central banks, especially by the US Fed. Concerns emerging around demand in 2HFY23 and FY24, especially amid adverse comments by IT ecosystem players, including those in software and hardware, "it said.

The underperformance of Nifty IT in 2QFY23 was driven by TCS (down 8%) in the Tier-1 pack and by a mixed performance within the Tier-2 set (Mphasis was down 9% while Mindtree was up 9%), as per the brokerage

The IT major is expected to report a revenue growth of approximately 3.5% QoQ on CC basis, backed by strong order inflow of the last 12 months

It expects hiring slowdown to continue, while attrition to remain elevated in 2QFY23.

Bengaluru-headquarter second largest IT major domestically, Infosys can register a revenue growth of 4.5% QoQ in CC terms and maintain its tag of being the fastest growing Tier-1 player in the industry.

It further said that with the quarterly annualised attrition trending downwards, TTM based voluntary attrition may stabilise.

HCL Tech may see a 4% CC growth in September on QoQ basis. The brokerage expects the growth to improve in 2QFY23. "We expect margin to expand QoQ by 100bps and remain at the lower end of the guided range of 18-20%, owing to continued supply-side pressures and salary hikes," it said.

Saying the cash position had weakened in 1QFY23 due to delay in collections, it expects to see strong cash flow generation in 2QFY23, with improvement in days sales outstanding (DSO).

Nirmal Bang estimates 3.5% CC QoQ revenue growth in 2QFY23, well within Wipro’s growth guidance of 3-5%. It expects margin of this IT major to expand by 70bps, but may remain below its guided range of 17-17.5%, owing to higher compensation and initiation of quarterly promotions.

IT stocks to buy

Brokerage firm JF financial sees a better risk-reward in Tier I tech companies due to potential customer specific troubles seeping in for the smaller firms in a weakening demand environment. It recommended a buy on Infosys, HCL Technologies and Tech Mahindra amongst the Tier I IT companies.