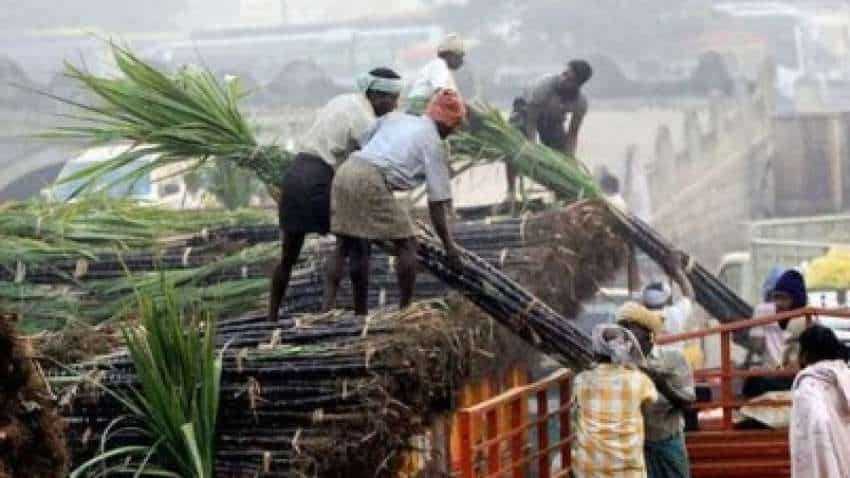 Lately, the sugar company stocks have been in surging and are in focus: PTI

The sugar companies’ shares on Wednesday surged after the government announced an increase in Fair and Remunerative Price (FRP) for sugarcane to Rs 290 per quintal. The announcement was made by Union Minister of Commerce and Industry Piyush Goyal said while revealing the outcome of cabinet decisions.

Dalmia Bharat Sugar and EID Parry shares surged most by 7.3 and 6.5 per cent to Rs 435 and Rs 416.25 per share on the BSE intraday trade today respectively. While Shree Renuka Sugar and Uttam Sugar Mills shares hit an upper circuit of 5 per cent to Rs 24.85 and 197.15 apiece on the BSE.

The minister in his statement also mentioned that if the recovery is less than 9.5 per cent, then the sugarcane farmers will be given Rs 275 per quintal.

#Cabinet approves highest ever Fair and Remunerative Price of 290 Rs/quintal for Sugarcane Farmers for a basic recovery rate of 10%#KisanKiSarkar #CabinetDecisions pic.twitter.com/pz42fayYtg

Both Triveni Engineering and Industries and Andhra Sugars too joined the rally and surge around 3.5 per cent each to Rs 176.7 and Rs 530 per share on the BSE intraday trade today.

Lately, the sugar company stocks have been in surging and are in focus, as the government earlier in June has advanced the ethanol blending in petrol date by couple of years. The government aims to increase the blending capacity to 20 per cent by 2025.

Giving an updated on the same, Goyal in his briefing said, Ethanol use is increasing fast by 7.5-8 per cent ethanol is blended in the petrol at the moment. He reiterated the government’s commitment and said, It’s expected the ethanol blending in petrol will go up to over 20 per cent in the next 2-3 years.

IT companies will help in increasing India’s services exports to $1 trillion in a decade: Union Minister Piyush Goyal

IAC Vikrant is a testimony to success of Make in India, says Union Minister Piyush Goyal