Snapping a seven-day losing streak, the domestic equity market ended strongly on the last day of the month on Friday. 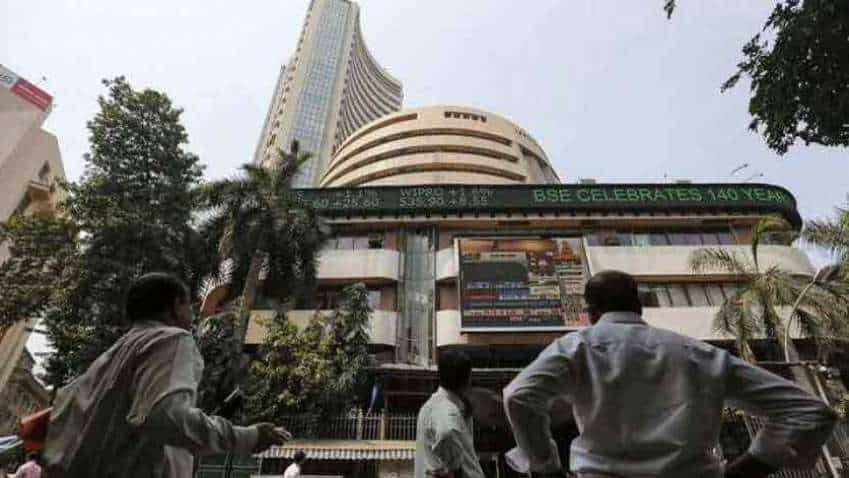 Snapping a seven-day losing streak, the domestic equity market ended strongly on the last day of the month on Friday. Benchmarks Nifty50 and Sensex jumped nearly two per cent on Friday as the former ended above 17,100, while the latter jumped over 1000 points to settle near 57,400. Meanwhile, despite strong closing on Friday, Nifty50 dropped 1.3%, while Sensex declined by 1.2% for the week ended on September 30. It was also the third straight week when the Indian market ended on the negative note.

However, the barometer indices witnessed a sharp cut on a monthly basis as the declined by 3.5-3.7% in September.

"It was the third straight week of losses for the Indian equity markets, but thanks to Friday's sharp recovery, the Nifty ended above the psychological level of 17,000. Indian macros are still strong and the RBI policy was neutral, so we are seeing some buying and short covering from lower levels," said Santosh Meena, Head of Research, Swastika Investmart Ltd.

He said the bulls will need some support to continue Friday's momentum.

For the triggers going into the next week, Meena sees geopolitical situation, macro numbers from the USA, the direction of the US dollar index, and bond yields as key factors to watch out for at the global level in the holiday-curtailed week. The stock markets—BSE and NSE — will remain shut on Wednesday (October5) on account of Dussehra.

"On the domestic front, we will have monthly auto sales numbers for September. Institutional flows will play a critical role in the direction of the market. We will have a truncated week as markets will remain shut on Wednesday on account of Dassehra," he said.

Ajit Mishra, VP - Research, Religare Broking Ltd, said the coming week is a holiday-shortened one and marks the beginning of a new month.

Saying It will be tough for the markets to build on Friday’s rebound amid feeble global cues, Mishra said, "Auto sales, S&P Manufacturing PMI and S&P Services PMI will be in focus. Besides, the performance of global markets, FIIs trend, and movement in currency and crude will also remain on participants’ radar."

A lot would depend on how the banking and financial pack perform as other sectors/index majors are not offering any decisive signal, he said.

"It’s prudent to stick largely with the defensive pack viz. pharma and FMCG and pick selectively from other sectors," he recommended.

With no major events expected in the following week, markets may be dominated by global news flows, said Apurva Sheth, Head of Market Perspectives, Samco Securities.

"US unemployment and domestic data such as manufacturing, deposits and loan growth numbers could drive investor sentiment next week. The volatility in oil prices and the strengthening of the US Dollar compared to other currencies will be other important factors that may affect the market. Investors must keep an eye out for stock-specific news," Sheth added.

There are some signs of reversal from important support levels.

"On the upside, 17190 is an immediate hurdle and 17325-17425 is the next critical supply zone. Anecdotally, the first day's low or high of the new series acts as strong support and resistance throughout the series. Today's low of 17647, therefore, has become a sacrosanct reference point for the bulls," he ssaid.

Banknifty also witnessed a sharp bounce back from the psychological support level of 37500.

If we look at the derivative data, FIIs began the October series with 87% short positions in the index future, which is an extremely oversold level. However, it has come down to 84% in Friday's trading session. The put-call ratio is sitting at a neutral level.

Next Stock Market Holiday August 2022: on 15, Monday; here is a list of other holidays, this year