Stay away from metals; IT, banks may underperform – buy on dips in auto, says Anil Singhvi

The benchmark index – Sensex and Nifty50 – opened negative on Monday, each down over 1 per cent in the early morning trade. 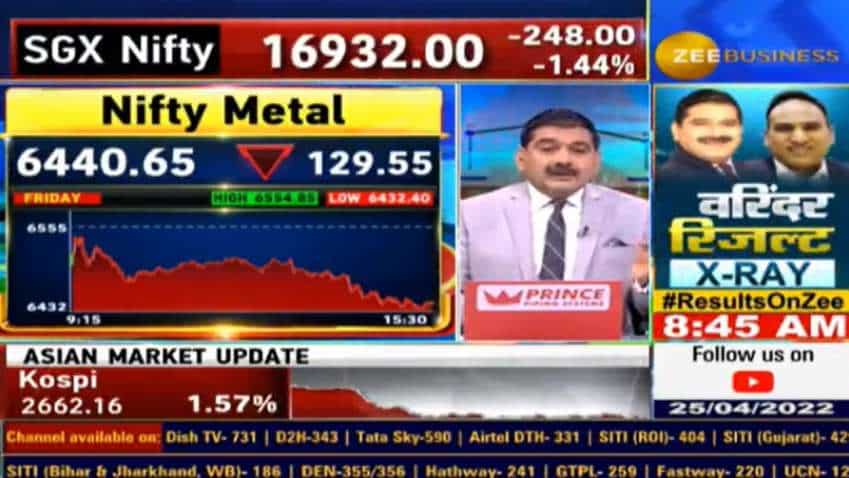 He suggested not to buy metal stocks at present, neither as an investment nor trading perspective: Zee Business

In a special edition of Editor’s Take, Zee Business Managing Editor Anil Singhvi advised to stay away from metals and believe IT and FMCG would underperform on the back of negative triggers for the sectors. He, similarly, also pointed out Nifty Bank is low in strength to outperform the markets

The benchmark index – Sensex and Nifty50 – opened negative on Monday, each down over 1 per cent in the early morning trade.

Being bearish, Singhvi said the global prices of metals have been declining, as hot rod coil prices were down over 4 per cent in India over the weekend, similarly, iron ore prices in China are also down 4%.

He suggested not to buy metal stocks at present, neither as an investment nor trading perspective, and should be sold on a jump in share prices.

With a similar view in the IT sector, Singhvi said the problem in the IT sector is not business but execution, which is for the first time. He added that it will take around 1-2 quarters to settle this issue and till then the IT sector will continue to underperform.

The managing editor is neither positive at present on the IT sector nor negative, as almost all IT stocks from large to mid-cap have slipped around 10 per cent.

On Banks, Singhvi said ICICI Bank will be at premium and leadership position on the back of robust March quarter earnings, while the other banking heavyweight HDFC Bank will underperform for some time. He suggested investors to shift from HDFC Bank to ICICI Bank.

Nifty Bank’s strength to outperform the market would be a little low despite ICICI Bank is in the driver’s seat but HDFC Bank is unable to give the required support, Singhvi said. Adding further that the cancellation of the Reliance and Future deal is negative for most of the state-owned banks

The managing editor is bullish on the auto stocks and suggested to buy them on dips. In his favourite pick, he chooses Maruti Suzuki as the dependency of the company on China for raw materials is less when compared to peers.