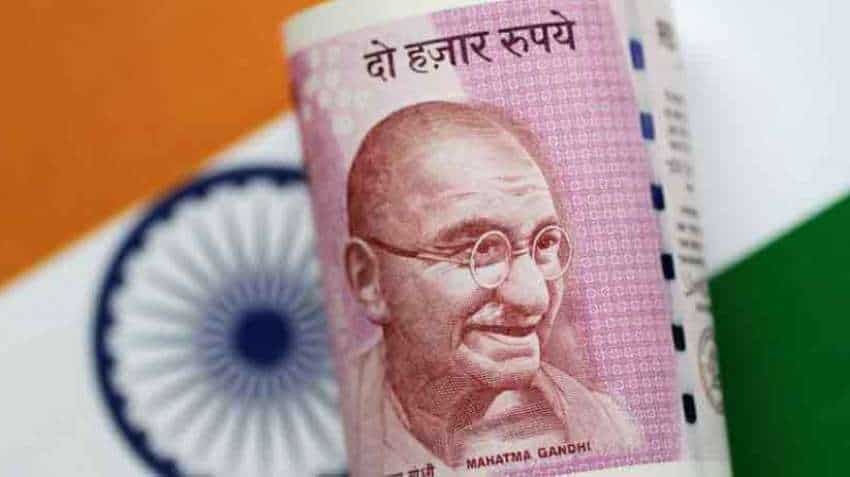 As per experts, Russia-Ukraine conflicts, soaring crude prices, aggressive rate hike by US Federal Reserve and other central banks, FIIs selling, fall in Indian forex reserves and record inflation are the key reasons behind weakness in rupee.

India rupee has weakened significantly in the last one year, especially post Russia-Ukraine war. The Indian currency touched the psychological barrier of 80-mark against the US dollar in early trade on Tuesday.  We have been witnessing a continuous decline in the value of the Indian currency since Russia launched a military offensive against Ukraine in late February this year.

The rupee, which touched an all-time low of Rs 80.06 for the first time early this week, has fallen more than 2.5% in the last one month and got weaker by over 7% in the past one year.

As per experts, Russia-Ukraine conflicts, soaring crude prices, aggressive rate hike by US Federal Reserve and other central banks, FIIs selling, fall in Indian forex reserves and record inflation in the US were among the key factors that have led to unprecedented weakness in the Indian rupee off late.

As the rupee fall continues unabated, there are three basic questions that are playing in the mind of most of the people:

*How rupee appreciate and depreciate?

*Factors that lead to depreciation of rupee &

*How does rupee depreciation impact the economy, people?

Here we will answer everything that you need to know about the rupee.

Understanding appreciation and depreciation of Rupee

"Demand determines the value of Indian currency, as well as any other currency. It is called appreciation when the value of a currency increases with the increase in demand. Depreciation occurs when a currency's value declines when demand declines (depreciation)," says Amit Gupta, MD, SAG Infotech.

Factors that lead to appreciation and depreciation of Rupee

Just like any other currency, a host of factors contribute towards appreciation and depreciation of the rupee. These could be supply and demand, export-import, trade surplus, inflation, rate hikes etc.

SAG Infotech MD says appreciation and depreciation of the rupee are influenced by many factors, including trade surplus. A trade surplus occurs when a country sells more goods and services abroad than it buys from other countries, which means foreign currency is flowing into the country in excess of what we as a country pay for imports.

Export-Import holds key in pushing the demand for a currency of a country. For example, if India exports more to other countries that than it imports from them, the demand of rupee will go up, leading to appreciation. In the reversed scenario, the value of rupee will downgrade.

A currency becomes more expensive when interest rates rise. As the quantity of money available in the market fluctuates in response to changes in cash reserve ratios and statutory liquidity ratios, they affect the value of the rupee. This can be governed by central banks—the Reserve Bank of India (RBI) in case of India.

How does rupee depreciation impact the economy, people?

"It is mandatory for Indian individuals and companies to pay in dollars (the de facto global currency) while importing something (such as crude oil, gold, etc.). In order to make international payments, Indians sell rupees for dollars. Therefore, the rupee's value decreases against the dollar as demand for the dollar increases," explains Amit Gupta.

Redeeming investments in India is done in rupees, which is a currency that is widely used by overseas investors. "They will have to convert their rupee holdings (into dollars) before they can use them. Dollars will be exchanged for rupees. Due to this, the dollar becomes more popular, while the rupee becomes less popular," says the expert.

Due to the depreciation of the rupee, foreign investors are withdrawing from Indian equities.

Compared to the currency of other countries, depreciation reduces the value of a country's currency. Due to a reduction in the rupee's value, depreciation discourages imports by making imported goods more expensive. Inflation occurs as the cost of goods increases.

Simply put, if demand for dollar gains strength, India will have to spend more rupees on imports, which would further stoke inflation in the country. To contain this inflation, the central bank (RBI) will resort to rate hikes, making borrowing costly, ultimately affecting the people.

It is to be noted that a currency depreciation takes place in comparison. It is not necessary that if the rupee weakens against the dollar, it will also lose value against other currencies. Apparently, global currencies such as the British pound, the Japanese yen and the Euro have weakened more than the Indian rupee indicating that the Indian rupee strengthened against these currencies in 2022. The fact was also confirmed by a delegation of the Finance Ministry in Lok Sabha.

Speaking on the strength of dollar, Asheesh Chanda, Founder & CEO, Kristal.AI, a global wealth advisory platform, says it is clear that global investors are choosing the safety of US markets over the recession risks of the EU.

The impending threat of Russia cutting off gas supplies in winter coupled with the slow intervention by the ECB to control inflation, means that the recession in the EU looks imminent, says Chanda.

"Hence, investors are selling Euros and buying dollars. It also reinforces the importance of USD as the safest currency during times of uncertainty. As an Indian investor, one would be well advised to dollarize their investments as even rupee is expected to decline further this year,” the expert advised.

Rupee falls 7 paise to 79.33 against US dollar in early trade

Rupee hits record low of 79.11 against US dollar in early trade