As India celebrates 73rd Republic Day on Wednesday, Zee Business research team on Made In India theme has come out with top five stocks, which have not only been a wealth creator but also have been contributing largely towards India’s growth story since years. 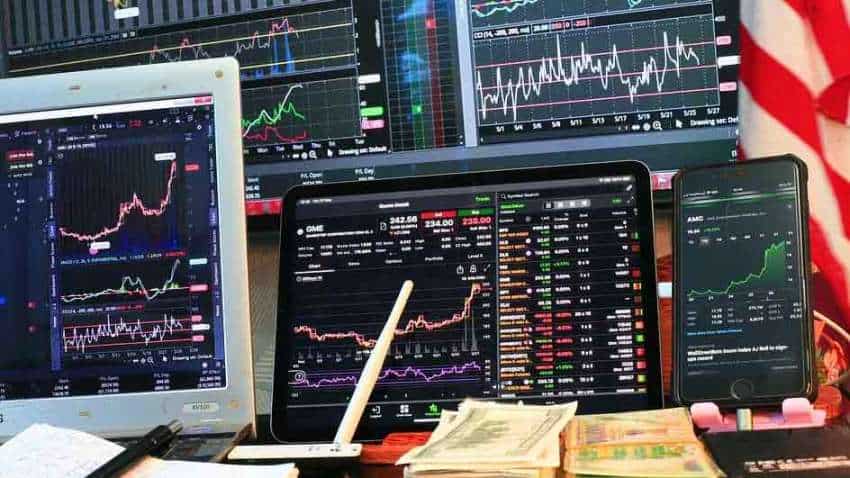 Incorporated since 1907, Tata Steel is Asia’s completely integrated steel company with a presence of increased in around 26 countries and exporting its steel products to around 50 countries.

As India celebrates 73rd Republic Day on Wednesday, Zee Business research team on Made In India theme has come out with top five stocks, which have not only been a wealth creator but also have been contributing largely towards India’s growth story since years.

Senior Research Analyst Kushal Gupta and Research Analyst Ashish Chaturvedi along with the market experts such as Siddharth Sedani of Anand Rathi and Vikas Sethi of Sethi Finmart decode their fundamentals, valuations, and India’s growth contributor.

Incorporated since 1907, Tata Steel is Asia’s completely integrated steel company with a presence of increased in around 26 countries and exporting its steel products to around 50 countries. The near-term trigger for company is super-cycle in steel segment, besides, its focus is also on deleveraging, while reducing debt and improving the balance sheet.

The market expert Sethi mentioned, “Tata Steel is India’s MNC (Multi-national company) and has contributed hugely to the country’s growth too. Post recent corrections, the company’s shares are at a mouth-watering level as steel’s super-cycle is taking place.

The company in the first half of FY22 reported profit of Rs 21000-22000 crore and by the financial year end it may register Rs 45000-50000 crore PAT (profit after tax), Sethi pointed out. He added, the company’s market-cap at current price is around Rs 1.35 lakh crore is still lucrative and hence gives a Buy call, with an conservative target of Rs 1450 per share for 9-12 months.

Hero MotoCorp is India’s largest two-wheeler company and is also largest producer of two-wheeler in the globe. It has 34 per cent market share in India, and 6 of 8 manufacturing units are located in India, other two-wheeler companies mostly serve to premium customers, whereas Hero has been serving to rural areas too from economy to entry to premium segment across models.

The company foraying into two-wheeler electric segment with huge investment in EV companies such as Ather Energy, Battery swapping tech company Gogoro. The overall transition of the company is good too, its down 24 per cent from 52-week high, which makes it a good buy, says Gupta.

Besides, investment in other EV companies, the company will also launch its own EV in March 2022. The margins may improve going forward, says Sedani setting a target of Rs 3650 for 12 months.

This Ayurveda FMCG brand has over 147 years of experience in FMCG, especially in Ayurveda, says Chaturvedi. The company is a consistent growth driver and 12 manufacturing units. It exports to more than 100 countries and has huge branded ayurveda products recall value. The company is also planning Rs 500 crore capacity expansion in the next 5 years.

The market expert Sethi mentioned, Dabur is a fundamentally solid company, and has operating margins 21-22 per cent; Return on Equity around 22 per cent; debt is negligible with debt to equity ratio 0.06. The company also reported goo quarterly results in September and current market dip could be a good move to buy this stock for target of Rs 700 per share for 9-12 months.

With a track record of over 100 years old business, the Tata Group company – Tata Power is known for corporate governance. It has over 13 Gigawatt capacity, of which over 4 GW is for renewable. The company is also operational in thermal. hydro and renewable power assets. Tata Power to install over 10000 EV charging points across country and may create an EV infrastructure.

According to Sedani, the new investment’s in renewable energy is likely, on the back of EV theme, the market analyst sets Rs 264 per share target in next 12 months.

The company may not be that old, like other four companies but hold huge growth prospect for future, Zee Busines analyst said. The company is mainly into contract electronic manufacturing and, has biggest name in this segment. It manufactures mobile, setup box, TVs, LEDs, and has become domestic producer for electronic items.

The management says, the company’s major revenue may come from mobile manufacturing in next 4-5 years, and it would be a biggest turnaround for this company.

The market analyst, Sedani has been recommending this company since last 3 years and has become a manufacturing hub for electronics. It is number producer of LED and has become expert in contract manufacturing and outsourcing business. He sets Rs 5936 per share target for 12 months.