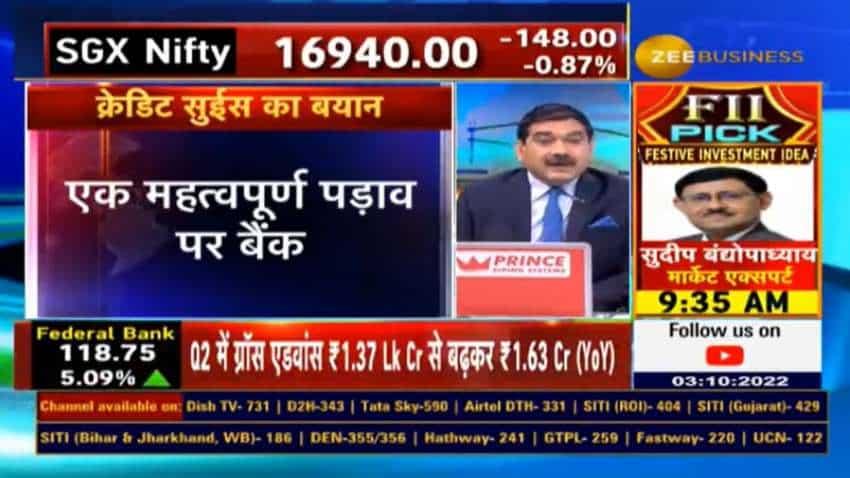 In a special segment of Editor’s Take, Zee Managing Editor Anil Singhvi discussed the health of European banks, downfall of two big banks Credit Suisse and Deutsche Bank. He said the failure of these banks will be bad news for the global markets.

Singhvi said that the US could slip into recession for the first time if there is any failure. The failure of one, he said, would impact the others.

He, however, emphasised on the fact that Credit Suisse’s health is being questioned since four-five years now. The stock price has come down from $29-30 to $3-4 and the bank’s management is trying to recover losses. Taking share prices into account, he said that share prices don’t show the current situation or the past but the future of the company.

Taking the past into record, Singhvi said that such a situation happened in 2008 as well, whenever two-four big companies fail and the market underperforms then there is a bottom situation. In the current situation, if one or two banks fail, it will tell the situation of the financial market.

He added that there is a need to keep an eye on Credit Suisse and Deutsche Bank as these two banks command hold all over the globe and if they fail it won’t be good news for global markets. These failures can have a contagion effect if one fails many others will fail too.