Billionaire investor Jhunjhunwala, who is also termed as Big Bull of the Indian stock markets, holds 44,850,970 equity shares, which translates into about 5.1 per cent stake in Titan. 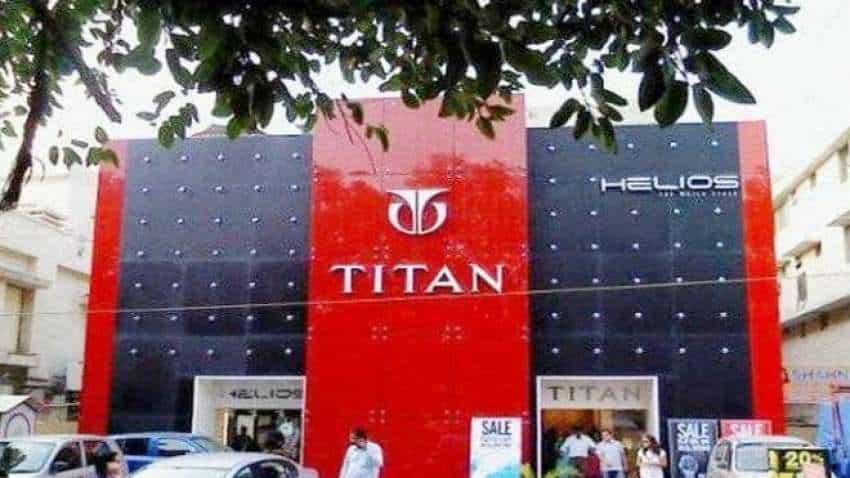 The optimism in the stock is on the back of the company’s strong business outlook and segmental growth: Reuters

Rakesh Jhunjhunwala Stocks: Rakesh Jhunjhunwala-backed– Titan shares have a potential to surge up to 42 per cent and several brokerages have projected an upside in this stock in their report. The optimism is on the back of the company’s strong business outlook and segmental growth.

Billionaire investor Jhunjhunwala, who is also termed as Big Bull of the Indian stock markets, holds 44,850,970 equity shares, which translates into about 5.1 per cent stake in Titan, as per the latest shareholding pattern of the company available on the BSE.

Titan remains one of the key ideas in the consumer sector, with a 6 per cent jewellery market share. It is expected to be a key beneficiary in the segment, which is still transitioning from unorganised to organised sector. It has been gaining market share driven by its consumer trust, brand, value among other factors, HSBC Global Research said.

The company’s EyeCare business too has turned around and is aiming for aggressive growth, HSBC said further said, adding that the valuation of Titan corrected recently from its peak, making the risk-reward favourable. It has maintained a Buy rating with a target of Rs 3000 apiece. (42 per cent upside).

Domestic brokerage Prabhudas Lilladher, believe watches and wearables target of Rs 100 billion over the next 5 years looks quite aggressive considering the division has grown by a 5 per cent CAGR over FY17-22. Although, it is indicating 20 per cent sales CAGR in Jewellery segment.

The brokerage estimated 25.3% PAT CAGR over FY22-24 and remain positive given the structural story, while maintaining a Buy rating with a target price of Rs 2,701 per share, which implies 28 per cent upside in the share price from Monday’s closing price of Rs 2111 per share.

ICICI Direct Research said, “Titan has been an exceptional performer in the discretionary space with stock price appreciating at around 36% CAGR in last five years. The company has consistently displayed its ability to gain market share amid a tough scenario owing to its robust balance sheet.”

The brokerage remains positive on the stock as high growth visibility justifies premium valuations while maintaining a BUY stance on the counter with a target of Rs 2725 per share, implying a 29 per cent upside in the stock.

The shares of Titan Company closed over 3 per cent higher to Rs 2176 per share on the BSE on Tuesday, as compared to over 2.5 per cent rise in the S&P BSE Sensex.