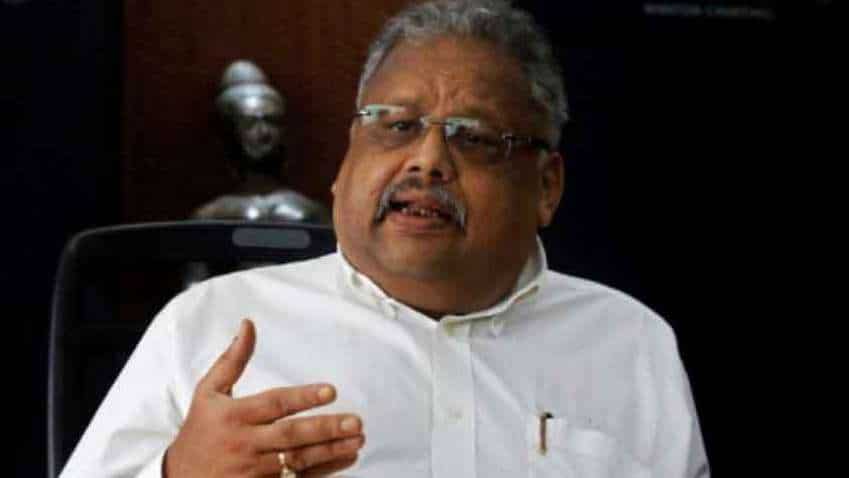 Stock, which is also held by ace investor Rakesh Jhunjhunwala, jumped in the early trade to touch the day's high of Rs 403 per share on the BSE on Friday. Source: Reuters

Rakesh Jhunjhunwala Portfolio Stock: Shares of Tata Motors gained up to 8% in Friday's intraday trade after Jaguar Land Rover (JLR) owner Tata Motors Ltd narrowed down losses in the quarter ended March 31, 2022. Stock, which is also held by ace investor Rakesh Jhunjhunwala, jumped in the early trade to touch the day's high of Rs 403 per share on the BSE on Friday. Big Bull of the Indian market Jhunjhunwala holds 3,92,50,000 shares aggregating to 1.18% stake in this Tata Group company, as per the latest corporate filings of the company on the BSE.

Tata Motors Ltd reported a smaller loss for the fourth quarter on Thursday, as the luxury carmaker benefitted from improving demand for its vehicles and managed to keep a lid on rising costs.

What do brokerages say?

Meanwhile, though brokerage firms slashed their target price for this Tata Group share after Tata Motors presented a mixed bag in the recently concluded quarter, but they remain bullish and have maintained a buy rating.

Brokerage firm ICICI Securities cut the target price, but maintained a buy rating. It gave a buy call with target price of Rs 677. It translates into an upside of 81% on May 12 closing price of Rs 372 per share. It was of the view that Better-than-expected profitability boosted FCF and Tata Motors operational performance was marginally ahead of its estimates.

"As CV cycle turns, TTMT (being the market leader in domestic CVs) is likely to benefit with improved margins. In domestic PVs, TTMT reached a decadal-high market share of 13.4% in Q4FY22 and is also leading in electrification (EV market share of ~94%). Maintain BUY with a revised target price of Rs677," said ICICI Securities.

Brokerage house Motilal Oswal sees an upside of 30% on May 12 closing price of Rs 372 per share.