The buying interest is visible in One-97 Communications-led Paytm for the third straight session on Thursday as the stock jumped 7 per cent to Rs 1875 per share on the BSE intraday trade. 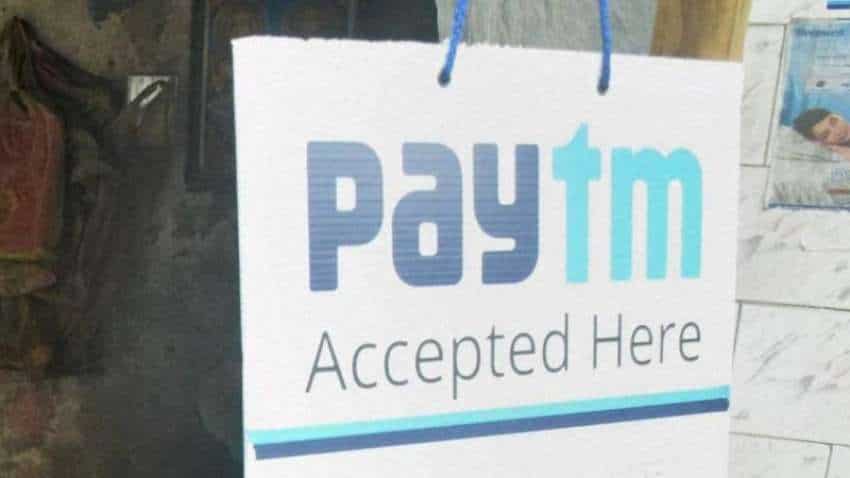 On November 18, the initial public offer (IPO) of Paytm got listed at a 9 per cent discount on exchanges: PTI

The buying interest is visible in One-97 Communications-led Paytm for the third straight session on Thursday as the stock jumped 7 per cent to Rs 1875 per share on the BSE intraday trade. The counter has recovered all its losses and surged around 38 per cent in the last three sessions.

On November 18, India’s biggest initial public offer (IPO) of Paytm got listed at a 9 per cent discount on exchanges at Rs 1950 per share as compared to Rs 2150 per share at the upper end of price band.

The stock, since its debut for the first two sessions, had corrected nearly 40 per cent, which is almost in line with Macquarie's estimate. The global brokerage firm had estimated the scrip may witness a correction of 44 per cent to Rs 1150 per share blaming the weak business model of the company.

The market analyst Simi Bhaumik believes, the stock has bottomed out and it is in a consolidation phase. The stock has almost touched a level of Rs 1900 from Rs 1300 per share in three days, Bhaumik says, the investors those picked stock at the Rs 1300 level can book profit at the current price.

The analyst expects, the counter may touch a level of Rs 2150-2200 per share, which was its price-band at the upper end. The stock is still down around 13 per cent from its issue price band. She further adds, the stock looks good on a chart and may see correction on Rs 200-300 amid a three-days surge.

The majority of the analysts, including Zee Business Managing Editor Anil Singhvi estimated a weak market debut of Paytm. They had suggested either wait for the opportunity to exit the counter or hold till the buying sentiment emerges in the stock.

Recommending to 'hold' for a few quarters and wait for expected results, Manoj Dalmia, Founder and Director, Proficient Equities Private limited advices, "This might trigger some buying action from FII, DII and price may rise. And, could be exited at a breakeven price.”

Global View: L&T, DLF, Paytm and Jubilant FoodWorks could give 15-60% return; here’s why