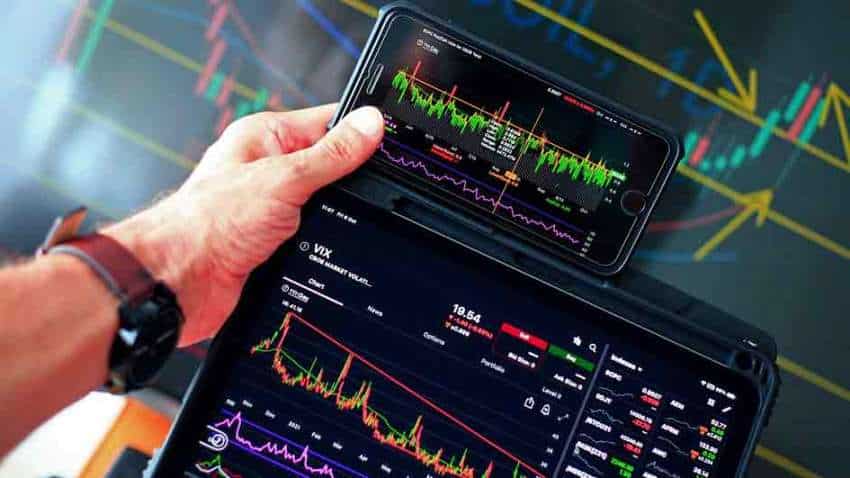 Overall, the equity market will see no trading on the NSE and BSE on three days this week, including August 9. Source: Pixabay

The National Stock Exchange (NSE) and BSE will remain closed today, August 9, on account of Muharram holiday. Overall, the equity market will see no trading on the NSE and BSE on three days this week, including August 9. The market will be also closed on August 15, when the country celebrates its 75th Independence Day. Besides, the market will also be closed on August 31 in view of Ganesh Chaturthi.

Meanwhile, the Indian market extended gains to second day on Monday as Nifty 50 and 3-share Sensex ended higher by 0.73% and 0.80% respectively. The benchmarks—Nifty50 and Sensex — were buoyed by fall in crude prices and buying by Foreign Institutional Investors (FIIs). Besides, the rally in bluechip stocks also helped the market close on a strong note.

The week ahead is busy in terms of economic data with the domestic investors gearing up for the release of the inflation numbers along with the manufacturing production data to gauge the strength of the economy," added Nair.

Meanwhile, certain stocks came in focus on Monday. These stocks were Mahindra Holiday & Resorts India, Zensar Technologies and Sudarshan Chemical Industries. Mahindra Holiday & Resorts ended higher by more than eight per cent, Zensar Technologies dropped by over seven and half per cent and Sudarshan Chemical closed with over six per cent cut on Monday

Here is what Jatin Gohil, Technical & Derivative Research Analyst at Reliance securities, suggests investors should do with these stocks

On 8th August’22, the stock witnessed breakout after an upward consolidation and rose to 3-month closing high with relatively high volume. The stock is trading above its key moving averages, while other key technical indicators are positively poised on major timeframe charts.
As per the current set-up, we believe the stock will continue its undergoing positive momentum, which could lead it towards Rs 275 initially, and Rs 290 subsequently. In case of any decline, the stock will find support around Rs 230-220 zone, where its key daily moving averages are placed. Fresh long position can be initiated at the current juncture and on dips towards Rs245 for a probable up-move.

On Monday, the stock extended loss post a breakaway gap and slipped to 1 ½ year low. The stock is trading below its key moving averages on medium-term as well as short-term timeframe charts. The key technical indicators are in favor of the bulls on major timeframe charts.
We believe that undergoing negative momentum could drag the stock towards Rs186-142-103, which coincides with its 144-month, 233-month and 377-month Fibonacci EMAs, respectively. On the higher side, the stock will continue to face hurdles around its 50-day EMA (Rs270).

The stock bounced to Rs496 after testing its 78.6% Fibonacci Retracement level of prior up-move (Rs290-794), which was placed at around Rs400. On 8 th Aug’22, the stock extended loss after a gap down opening, where volume was above average. On the daily chart, the stock has formed an indecisive pattern around its lower band of the ascending channel, which is placed at around Rs450. The key technical indicators are positively poised on the medium-term timeframe chart, but short-term indicators gave sell signal. We believe the stock will respect its lower band and it will soon resume its up-move, which could take it towards Rs490 initially and Rs540 subsequently. In case the stock violates the lower band, probable up-move will be negated.

Advanced Enzyme Technologies, CG Power, Jubilant Pharmova and Mahindra Holidays- What should investors do with these stocks?

Triveni Engineering, Ambuja Cements and Escorts Kubota shares: Buy, Sell or Hold—What should investors do with these stocks?

GMR Infra, MMTC and APL Apollo Tubes shares: Buy, Sell or Hold—What should investors do with these counters?