The government sets the price of gas every six months -- on April 1 and October 1 -- each year based on rates prevalent in gas surplus nations. 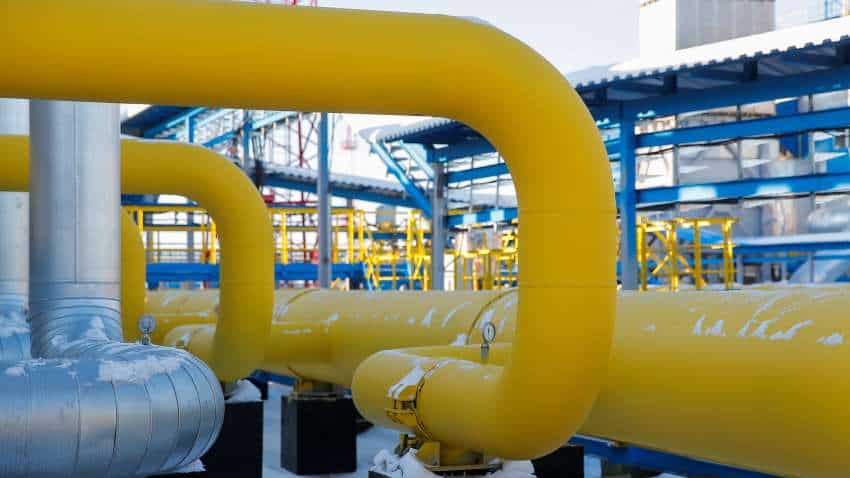 These counters have underperformed the market by falling around 18-27 per cent in one year: Reuters

Mahanagar Gas, IGL, Gujarat Gas share price: As the government announced around 40 per cent hike in gas prices, shares of city gas distribution (CGDs) companies – Gujarat Gas, Indraprastha Gas (IGL), and Mahanagar Gas (MGL) were trading in the red, down up to 4.5 per cent on the BSE intraday during Monday’s trading session.

Individually, shares of Mahanagar Gas and Indraprastha Gas were each down around 4.5 per cent to Rs 379.5 per share and Rs 796.3 per share, respectively, while Gujarat Gas shares gained nearly 2 per cent on the BSE intraday, as against 0.8 per cent fall in the S&P BSE Sensex at around 11:18 PM.

Prices of natural gas, which is used to generate electricity, make fertiliser and is converted into CNG to run automobiles, were on Friday hiked by a steep 40 per cent to record levels, in step with the global firming up of energy rates, a news agency PTI report said.

According to an order issued by the Oil Ministry's Petroleum Planning and Analysis Cell (PPAC), the rate paid for gas produced from old fields, which make up for about two-thirds of all gas produced in the country, was hiked to USD 8.57 per million British thermal units from the current USD 6.1.

The government sets the price of gas every six months -- on April 1 and October 1 -- each year based on rates prevalent in gas surplus nations such as the US, Canada, and Russia in one year with a lag of one quarter.

These counters have underperformed the market by falling around 18-27 per cent in one year as compared to a 3.5 per cent decline in the S&P BSE Sensex.

Revision in gas prices comes at a time when crude oil prices have fallen to US$84/bbl on account of a possible recessionary scenario in the west, ICICI Securities said, adding that this would reduce the long-term gas cost for IGL, MGL and GGL.

Gujarat Gas, Mahanagar Gas & IGL surge up to 4% – here is why; ICICI Securities recommend this