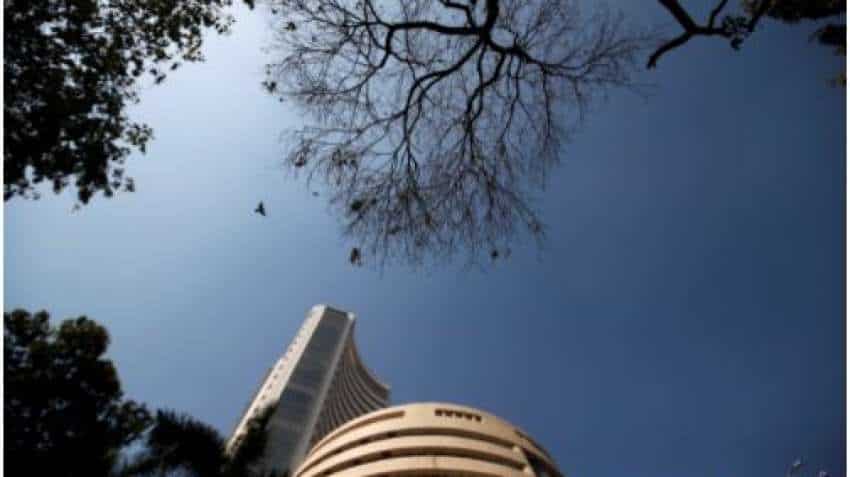 In an interview with Zeebiz's Kshitij Anand, Nigam said that some announcements on the healthcare and infrastructure sector could be the top agendas in this year’s budget. Source:

Mohit Nigam, Head - PMS, Hem Securities said that the Finance minister Nirmala Sitharaman’s upcoming budget may focus on Capex revival and green energy. In this regard, a lot of incentives can be seen in the manufacturing of electric vehicles, solar power and semiconductors.

In an interview with Zeebiz's Kshitij Anand, Nigam said that some announcements on the healthcare and infrastructure sector could be the top agendas in this year’s budget. Edited excerpts:

Q) It has been a volatile week for Indian markets and Sensex, Nifty lost over 3%. What led to the price action?

A) Some of the factors that led to a correction in markets are fall in the US equity markets (fallen for 5 consecutive sessions) sharp rise in the US bond yields which lead investors to shift their funds to less risky assets, Foreign Institutional Investors (FIIs) selling in the previous few sessions, rise in COVID cases and restrictions imposed by state governments.

Also, the Q3 earnings so far have indicated the pressure on operating margins which are impacting the company's profitability.

Q) Small Cap and midcaps also closed the week in the red – looks like the high beta rally got arrested ahead of Budget. What are your views?

A) The major reason behind the current fall in the small-cap and midcap can be attributed to global markets as losses in the Indian markets are mirroring the fall in the US equity markets along with FII selling.

The market is also anticipating liquidity normalization by RBI in the coming Monetary Policy Meeting. We expect broader markets continue to outperform the Nifty 50 in 2022 too, as small and midcaps always do well when the economy improves.

Since markets are more resilient & covid is no more an unknown variable as it was last year, this fall may not last long and we can see positive momentum back in the market supported by strong corporate earnings, supportive policies.

Q) What is causing the nervousness among FIIs which have been net sellers of Indian equities and will there be a change in trend in the run up to Budget?

A) Continuous FII selling in Indian markets have been on the need seen for profit booking amid rising inflation, which has resulted in elevated bond yield. Ongoing geopolitical tensions and surge in oil prices have also weighed on investor confidence.

This has prompted FIIs to take some money off the table, while domestic investors stayed the course. There has been a massive increase in the total number of retail investors indicating that the Indian equities are now majorly dominated by retail investors.

Such simultaneous withdrawal of monetary support has the potential to adversely impact the market movement. However, we have seen that equities have performed well as mostly the rate hikes happen when economies are recovering.

Hence, we believe rising interest rates may not necessarily be negative for equities. With the US Fed focusing more on CPI inflation, and also doubling the taper to $30 billion per month, the US treasury yields are likely to inch upwards going forward.

Hence, the trend may not change immediately. However, over a period of time, India should see positive FII inflows, given the strong domestic macros and robust earnings growth outlook.

Q) It is an expiry week and a week preceding the Budget 2022 announcements. What should be investors' strategy on Nifty?

A) The market has witnessed heavy selling recently and the week before that and the main event Budget 2022 is lined-up. Next trading sessions could be equally volatile.

The Nifty50 could witness strong moves in both directions as profit booking and short covering could intensify.

Talking about the options data, strong Call writing is seen at 17,900 and 18,000 levels, indicating strong resistance for the week, whereas open interest in Put options indicates support at 17,500 followed by 17,000.

Q) Which stocks do you think are likely to remain in focus ahead of the Budget? Any Budget picks that investors can watch out for and why?

A) Finance minister Nirmala Sitharaman’s upcoming budget may focus on Capex revival and green energy. In this regard, a lot of incentives can be seen in the manufacturing of electric vehicles, solar power and semiconductors.

Some announcements on the healthcare and infrastructure sector could be the top agendas in this year’s budget.

Some stocks on which investors should keep an eye are:

There is multi-year revenue visibility from large order books and government is expected to increase road infrastructure spending in this year’s budget.

Renewable energy and electric vehicles could be an area of great focus in this year’s budget. The PM announced in Glasgow about net-zero carbon emissions by 2070. There might be some announcements about this.

India has witnessed a revolution in the telecommunication sector over the past seven years which is expected to continue over the coming years.

Government’s focus to bring 5G technology to India as soon as possible will give a good boost to the company. Price of data per Gigabyte has gone down from Rs. 200 in 2014 to Rs. 10 in recent years.

Increased partnership with the private players in defence sector has led to substantial raise in the defence budget. For the first time, India is on the list of defence equipment exporting nations, exporting to more than 84 countries at the moment.

This year’s budget may focus on increased collaboration of government agencies with private players to boost defence exports and transformation in R&D to boost innovation.