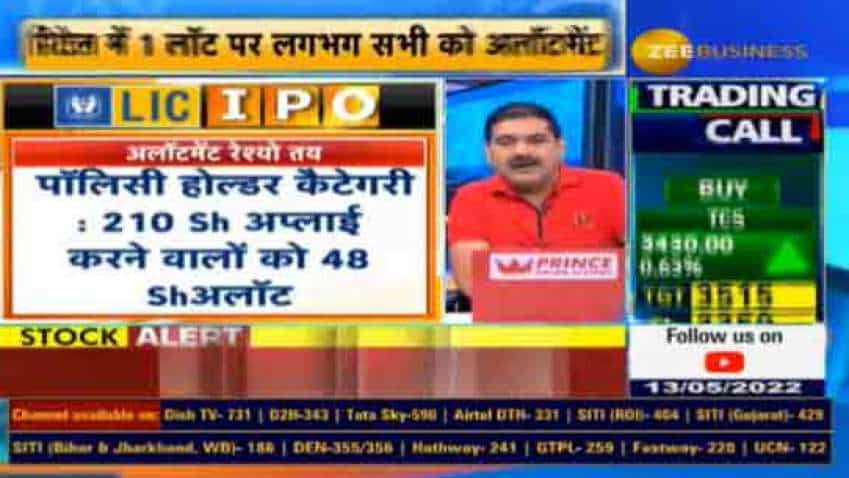 Share allotment of India's largest Initial Public Offering (IPO), Life Insurance corporation (LIC), began on Thursday, May 12, 2022, and many of those who applied for this public offering have been allotted shares. For those who have not been allotted LIC shares, refund initiation has started on Friday, May 13, 2022.

Interestingly, many shareholders have not been allotted shares as per the prescribed lot of 15 shares, he said.

After talking to experts, retail investors and LIC policyholders, it came to the fore that if one has applied for maximum 210 shares in the retail category, the average shares that have been allotted to retail investors at Rs 904 per share are 77 shares. For LIC policy holders, the average number of shares comes down to 48 shares if applied for maximum available shares in the lot. The number of shares is directly proportional to subscription and given the policyholders saw over 6 times bidding, the shares allotted to policyholders were less in comparison to retail investors.

Earlier, LIC IPO, which remained opened between May4 and May 9, saw a strong response as the issue was subscribed 2.95 times on the final day of the subscription. The state-run insurer had received bids for 47,83,67,010 shares against 16,20,78,067 shares on offer.

LIC Result FY22: Board of directors to declare financial results for FY22 at the end of this month, meeting on May 30

Paradeep Phosphates IPO: Issue booked 21% so far on Day 1; what should investors do? Here is what Anil Singhvi, brokerages recommend