LIC IPO: Company's board in favour of "maximum" discount for policyholders; LIC Act mandate at 10% at the least

LIC board is in the favour of maximum discount for policy holders, Zee Business' Anurag Shah reports citing his top sources. 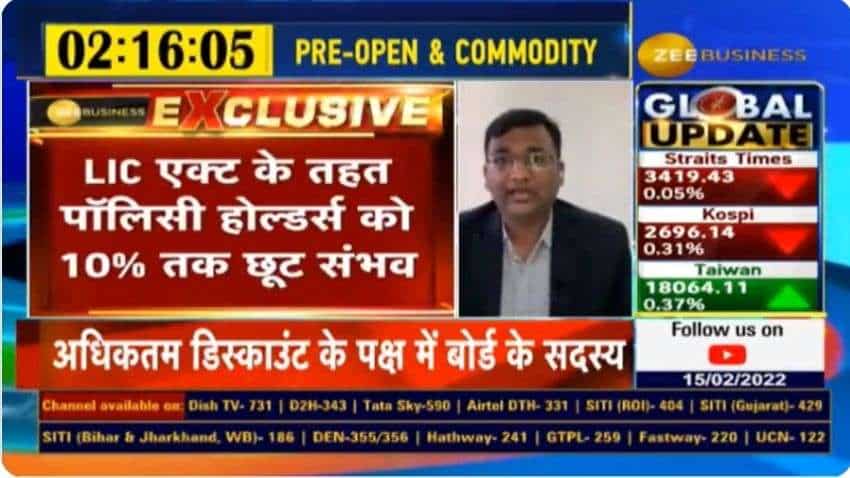 The policyholders will likely be rewarded in the initial public offering (IPO).

Life Insurance Corporation of India (LIC) board is in the favour of maximum discount for policy holders, Zee Business' Anurag Shah reports citing his top sources. The top management of LIC is of the view that the current value of this state-run insurer is because of its policy holders, he said.

The government had to put initial capital at the time of the launch of this insurance behemoth and since then there has not been any need for the government capital, he further said. And policyholders have made a significant contribution to the valuation, which has increased from 5 crores to 12-15 lakh crores today.

As a result, policyholders will likely be rewarded in the initial public offering (IPO).

However, the ultimate discount will not be known until the RHP is filed, but policyholders must be rewarded, according to a reasonable estimate. And the savings for this might be fairly substantial.

LIC’s shareholding in Divi’s Lab crosses 5%; stock down 13% in 2 sessions – brokerages recommend this