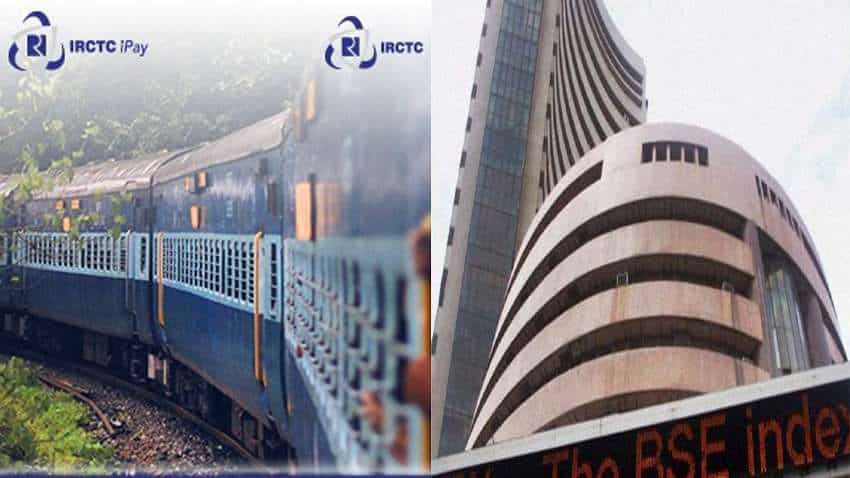 Indian Railway Stocks – IRCTC shares – The momentum in IRCTC shares continue unabated. At 1:50 pm, this stock was trading up 2.8 per cent on the NSE on Monday at Rs 3375.95 per equity share. The stock was dearer by almost Rs 82 from the last closing price on Thursday. Stock Markets were closed on Friday on account of Ganesh Chaturthi.

On 8 September this stock touched levels around Rs 3422.65 on the intraday basis, getting just shy of the target price of Rs 3500, given by analyst Nilesh Jain.

This stock has been recommended by analyst Nilesh Jain for the target price of Rs 3500. It has achieved its targets previously on two occasions and that too recently. Such has been the movement in this stock.

This stock has been on a strong rally primarily because of the unlocking and could also be because of the 22nd Annual General Meeting (AGM) that is scheduled on 29 September, Jain had said then.

He said that this stock has been in an unchartered territory and could see some profit booking going forward. Existing Investors must hold this stock for levels around Rs 3500, he further said.

They must also adhere to a stop loss of Rs 3000 from the current levels.

Jain said that fresh positions should not be made at current levels as the stock has gained significantly over the last 4-5 trading sessions including today. The stock has picked up from levels of Rs 2742, it hit on 1 September.

This stock was recommended by him at a price of Rs Rs 2564.90, earlier. From there, it has moved only upwards, barring only a few occasions when there has been minor corrections.

Over 2.4 million shares traded on the NSE on Monday around this time with the traded value at over Rs 826.9 cr.

In its filing to exchanges, IRCTC had informed about its 22nd Annual General Meeting (AGM) that is scheduled on 29 September. IRCTC or Indian Railway Catering and Tourism Corporation Ltd is a Government of India enterprise.

Technical Check: 200% in a year! This travel company is showing strength on charts; buy on dips

Oil rises to more than 7-year high on Mideast tensions

Budget 2022: Will there be more farm loan waivers or enhance in 80C limit in taxation? Here are expectations from 12 sectors