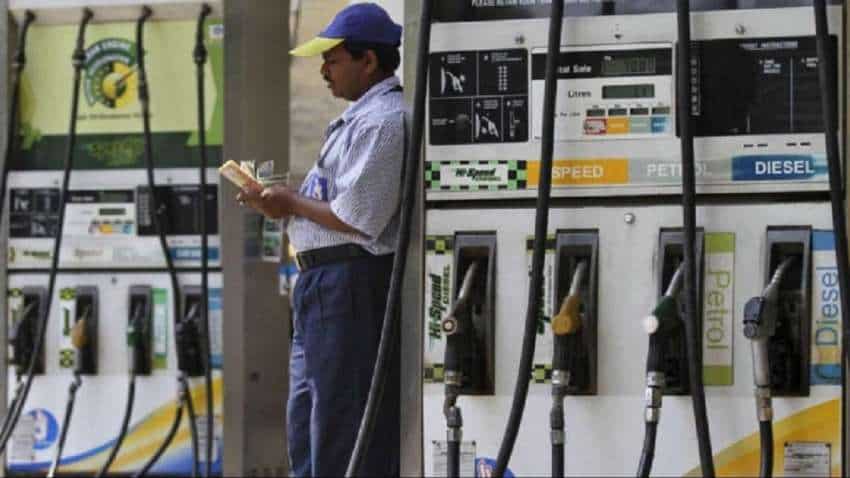 According to Zee Business Senior Research Analyst Varun Dubey, OMCs are facing losses between Rs 9-10 per litre in petrol and Rs 25-30 per litre in diesel. OMCs are getting hit as crude oil prices escalate amid the ongoing Russia-Ukraine crisis.

A total hike of around Rs 10 per litre on petrol and diesel was done between March 22 to April 6, 2022, amid global energy price rise, the senior research analyst said, adding further that these hikes were to compensate, excise and VAT reduced by central and state government last year November.

There has not been a price revision since April 6, 2022, despite higher crude oil prices, which are massively volatile and fluctuate around $112-$115 per barrel. Dubey estimated that if these companies failed to take more price hikes there are chances of their health may deteriorate further.

Individually, HPCL stock slipped most as shares declined by nearly 7 per cent. HPCL also touched a new 52-week low of Rs 238.8 per share on the BSE intraday. While IOC shares are down over 4 per cent to Rs 119 per share on multiple triggers, including below estimate Q4 results.

Similarly, shares of divestment-bound BPCL are also weak during Wednesday’s session, down nearly 2 per cent to Rs 336.5 per share, near a 52-week low. The government is likely to take more time for the stake sale of BPCL as it is mulling to revise its terms of sale, PTI had reported last month.

According to a Reuters report, the crude oil prices jumped over $115 a barrel on Tuesday, their highest in about seven weeks, as the European Union kept pushing for a ban on Russian oil imports that would tighten supply.