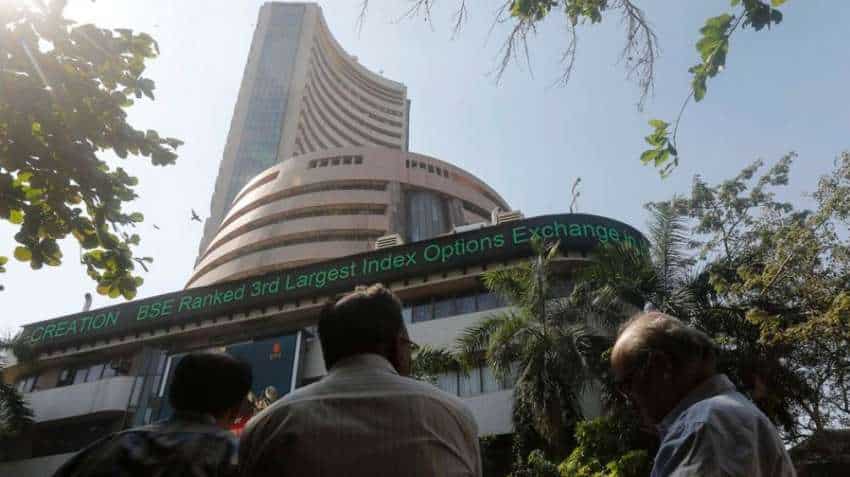 FIIs have pulled out more than Rs 15,000 cr so far in January – the fourth consecutive month of selling by foreign investors in the cash segment of India's equity markets. Source: Reuters

Investors lost by about Rs 9 lakh cr in terms of market capitalization on the BSE in just 5 trading sessions in the run-up to Budget 2022 on 1st February.

The average market capitalization of BSE-listed companies fell from Rs 278.54 lakh cr as of 14 January to Rs 269.65 lakh cr as on 21 January translates into a fall of about Rs 9 lakh cr.

Tracking the weak sentiment on D-Street – the Nifty50 was down by 3.5 per cent while the S&P BSE Sensex fell by about 3.6 per cent for the week ended 21 January. Although so far in January – both Sensex and Nifty50 have gained more than 1 per cent.

The volatility is likely to continue as we move closer to Budget 2022, caution experts. India VIX, a gauge of the market's expectation of volatility over the near term, is up by 6.17 per cent from 17.79 to 18.88 levels, and nearly 10 per cent in the last 5 sessions. Volatility surged to higher zones signaling wild swings in the market.

Before Budget there are 2 big events which the markets have to face – a 2-day FOMC meeting starting January 25 as well as January F&O expiry on Thursday, 27 January. The market will remain shut on January 26 on account of a public holiday.

Experts advise investors to remain cautious and lighten their positions. One should avoid leverage bets at this point as the trend could move either way.

“The major events which investors should keep an eye on are the FOCM meet followed by Holiday then expiry and bigger event Union Budget 2022, hence I believe, bears will remain in the minds of traders like a tug-of-war,” Prashant Tapse, Vice President (Research) at Mehta Equities Ltd, said.

“Technically, the Gyan mantra is to ‘lighten aggressive leveraged long positions on any excessive strength. Nifty’s make-or-break support at closing level stands near the 17567 mark,” he added.

What Should be Your Strategy:

The market has witnessed heavy selling recently and the week before that and the main event, January F&O expiry, could be equally volatile.

The Nifty50 could witness strong moves in both directions as profit booking and short covering could intensify.

Foreign Institutional Investors have remained net sellers in the cash segment of Indian equity markets which is also one of the major factors weighing on sentiment.

FIIs have pulled out more than Rs 15,000 cr so far in January – the fourth consecutive month of selling by foreign investors in the cash segment of India's equity markets.

"As per NSDL data FPIs have net sold equity worth Rs 4177 cr up to 20th January. FPIs started the year with purchases in the initial days of January and suddenly turned sellers during the last few days when the US markets showed a distinct weak trend,” Dr. VK Vijayakumar, Chief Investment Strategist at Geojit Financial Services, said.

“Five days of consecutive weak trends in the US has impacted market sentiments. This might have influenced FPI's decision to sell in India, which they consider over-valued. FPI investment behavior has become highly volatile and inconsistent,” he said.

“Please note that the Nifty50 200-Day EMA is still at the 16577 mark. On a counter-side, many technical indicators are also flashing oversold conditions so a short-covering move may not be ruled out in this expiry,” he said.

The Nifty50 witnessed a sharp correction during the week and it almost lost all the gains that it had posted during this month. The index has retraced 38.2% of the previous rally and has formed a ‘Doji’ candlestick pattern on the daily chart.

“This pattern near the support of 17500 indicates indecision and thus a follow-up move in the coming week is likely to dictate the near term direction,” Ruchit Jain, Lead Research, 5paisa.com, said.

“For the coming week, 17500 will now be seen as the important support while a move above 17700 could again lead to a buying interest amongst market participants and take the index towards 17900-18000,” he said.

In our view, Jain added that this week’s correction is just a short-term corrective phase and our markets should now resume the uptrend to mark a pre-budget rally.

The banking index has relatively done better than the Nifty this week and the broader charts of Bank Nifty indicate an impulsive up move.

Banking space could dictate and lead the next leg of the up move and hence, traders should keep a close tab on momentum in heavyweights from this sector, recommend Jain.

Market on Budget day: Frontline indices closed 7 of 12 instances in negative; how would it react this year? know experts' views

SS Mundra appointed as BSE Chairman; here are 10 things to know about him

SEBI to crack down on spams, online fraud and loan apps; meeting with regulators around the world tomorrow

Government announces some relaxation in wheat export notification; allows wheat consignment already registered with customs prior to the order