Infosys Q2FY22 Earnings Results on Wednesday; brokerages see revenue outperformance over large cap IT peers – 6 things to watch out for 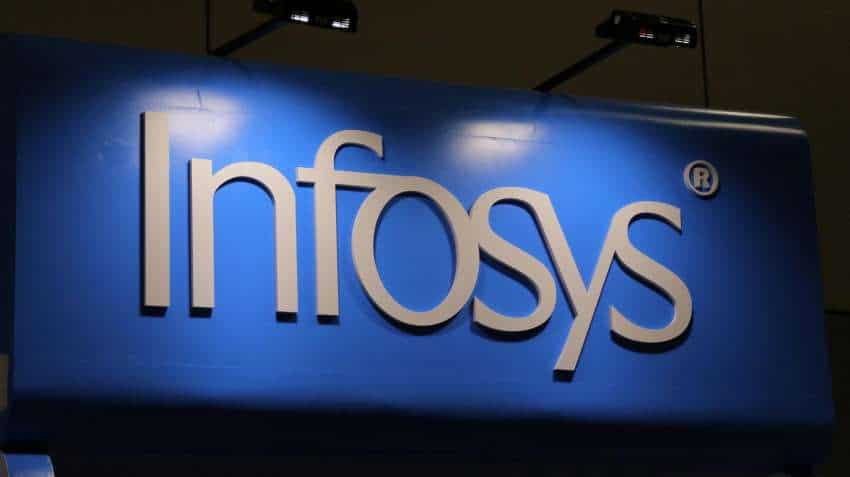 Infosys is expected to lead the revenue outperformance for Q2FY22 among its large cap IT peers, according to estimates by brokerage firm HDFC Securities. The Bengaluru-based IT services company will likely post a 5 per cent Quarter-on-Quarter (QoQ) USD revenue growth on the back of its deal with Daimler AG, as per the estimates from it.

Meanwhile, PhilipCapital expects a 5.1 per cent on-quarter growth in its USD revenue with negative cross currency impact of 70 bps (CC +5.8 per cent).

Here are top 6 things to watch out for:

2) Net Profit – Adjusted Profit After Tax (PAT) is expected to be at Rs 55.77 bn, which will be down 0.3 per cent on the QoQ basis on the back of wage hikes and retention cost, the report said. It will be up 6.9 per cent on the YoY basis, it further said.

3) EBIT and EBIT Margins – Earnings Before Interest and Taxes is estimated at Rs 66.45 bn, up 0.6 per cent QoQ and 6.7 per cent YoY. EBIT Margins are expected to see a decline by 106 bps to 22.6 per cent. On the YOY basis, the margins would ebb by 274 bps, HDFC Securities said. Expect EBIT margins guidance to be maintained at 22-24 per cent, the PhillipCapital report said.

4) Deals – Infosys has been able to strike mega deals announced a mega deal worth USD 3500 mn in December 2020 along with Rolls Royce. Deal wins are at their record highs for top Indian IT companies in the large cap and mid cap segments, and which has led to “an unprecedented level of optimism in the sector”, PhillipCapital notes in its report. TCS has shown the way with a series of deals struck during the quarter gone by, including deals from Transport for London for building smart mobility solution; Cordis and Carrefour Belgium.

6) Headwinds – Commentary on supplyside issues including attrition levels. Motilal Oswal also recommends a watch on demand side guidance by company.

The earnings season started with the announcment of Q2FY22 results. The IT bellwether reported a net profit of Rs 9624 crore on Friday, lower than the estimates given by street and brokerages.

Shares of Infosys ended at Rs 1688 on the NSE, down 0.17 per cent from the Monday closing price.

Buy, Sell or Hold: What should investors do with Trident, Deepak Fertilisers and Infosys?

Infosys Q3 FY22 Preview: Revenue likely to go up by 4 per cent, guidance may improve