According to domestic brokerage Motilal Oswal, the benchmark index Nifty touched a fresh high of 18,816 levels, ending over 4 per cent higher month-on-month (MoM) at 18,758 in November 2022.

The market has bounced back smartly in the last two months, wiping out the entire YTD decline: PTI

The Indian equity markets closed as one of the top gainers across the world in November. Aided by strong foreign institutional investors (FIIs) flow, global recovery, and moderation in some commodity prices, it witnessed a gaining rally for the second straight month.

According to domestic brokerage Motilal Oswal, the benchmark index Nifty touched a fresh high of 18,816 levels, ending over 4 per cent higher month-on-month (MoM) at 18,758 in November 2022.

The Nifty has reported around 8 per cent year-to-date (YTD) growth as FIIs recorded inflows for the second consecutive month at USD 4.7 billion and DIIs (domestic investors) turned sellers at USD 0.8 billion in November. 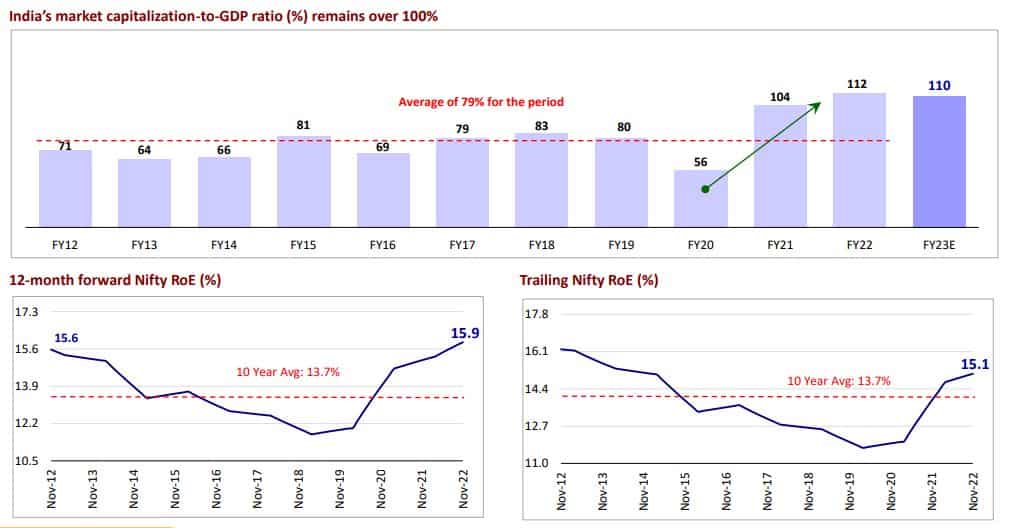 From the broader markets, midcaps and smallcaps underperformed large caps by 2.2/1.1 per cent in November, while over the last 12 months, largecaps/midcaps rose by 10/8 per cent, respectively, while smallcaps have declined by 6 per cent during the same period. 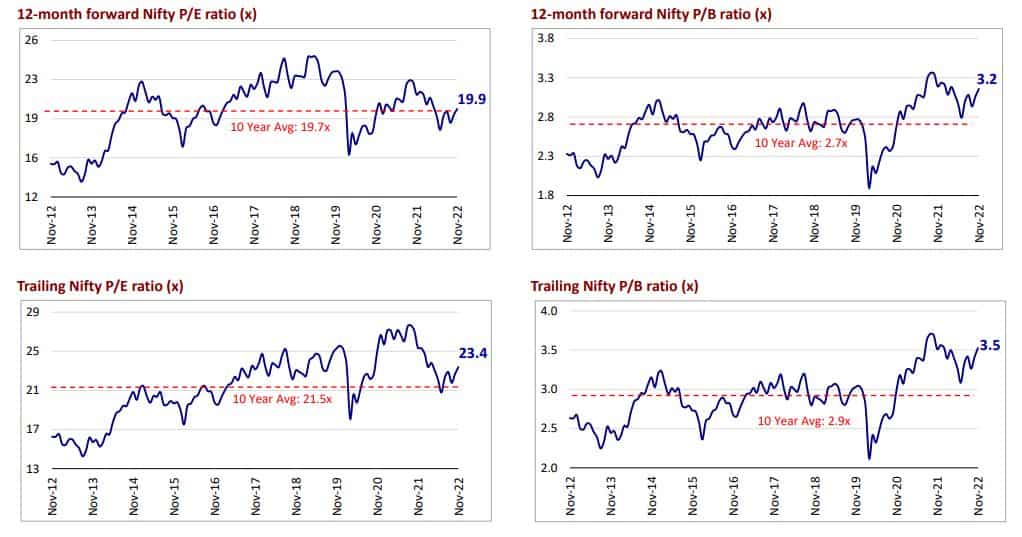 PSU Banks gained 16 per cent, Metals up 11 per cent, Technology up 6 per cent, and Financials up 4 per cent were the top gainers, whereas Utilities, Autos, and Healthcare were the only laggards in the previous month. 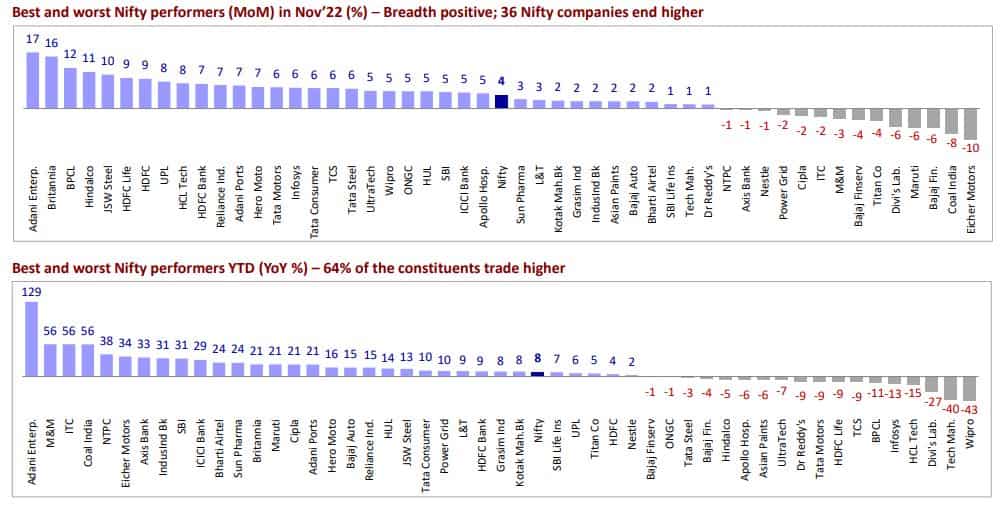 Corporate results in the second quarter of the financial year 2022-23 came in better than estimates, despite several headwinds, with Financials leading once again, the brokerage said, adding that the earnings spread were decent, with 66 per cent either meeting or exceeding profit expectations. 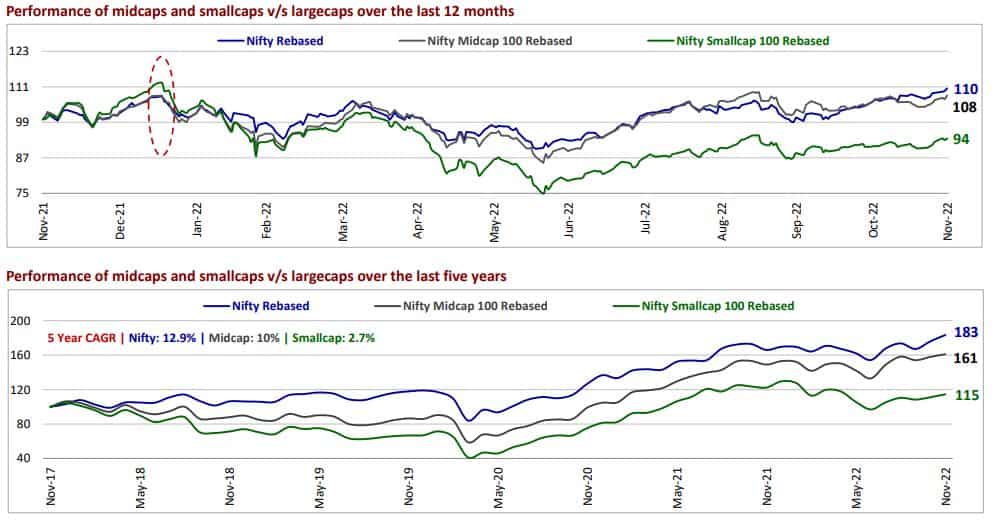 The market has bounced back smartly in the last two months, wiping out the entire YTD decline. With this rally, the Nifty is now trading at a P/E of 22.4x FY23E, comfortably above its LPA, and offers limited upside in the near term.

The upside from here on will be a function of stability in global and local macros and earnings delivery, Motilal Oswal said. The brokerage maintained an overweight stance on BFSI, Auto, Consumer, and IT and remained underweight on Energy, Pharma, and Utilities.

Here's why foreign investors have dumped shares worth Rs 15,000 crore this month so far

Top Gainers & Losers: These metal and FMCG large-cap stocks may surge up to 13% as Nifty, Sensex extend winning momentum