India Ratings expects the economy to grow 8.3 per cent in Q2 and close the year with 9.4 per cent in FY'22. 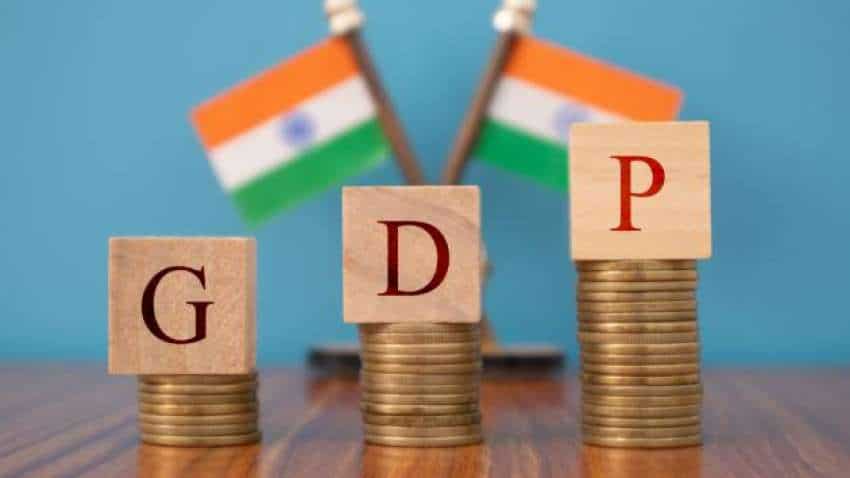 The government will announce the numbers on Tuesday: PTI

Leading rating agency India Ratings expects the economy to grow 8.3 per cent in Q2 and close the year with 9.4 per cent in FY'22, which is 10 bps lower than the consensus forecast.

The agency has attributed the higher growth to the nine consecutive quarters of over 3 per cent agriculture growth, which has brightened consumer spending and the resultant uptick in private final consumption expenditure, which is likely to clip at around 10 per cent in the September quarter of the current fiscal.

Another major reason is the near three-fold jump in vaccination, which soared to 890.21 million as of October-end from 335.72 million at June-end.

The government will announce the numbers on Tuesday.

Even investment activities have found support from the government's focus on infrastructure and the agency expects the fixed capital formation to grow at around 8.5 per cent in Q2.

The government capex grew 51.9 per cent in Q2 as against 26.3 per cent in the same previous quarter of the current fiscal and the aggregate capex of 24 states grew 62.2 per cent in Q2 massively down from 98.4 per cent in Q1. Yet private capex revival is still slow and limited to select sectors.

Since H1 growth is mainly due to the lower base, economic growth is expected to revert closer to the medium/long trend growth from the second half onwards. However, recent reforms like production-linked incentive scheme and sustained export growth may provide a fillip to the ongoing growth recovery, concludes the report.

Whopping $463 billion! Ahead of LIC IPO, assets of insurance behemoth exceed the GDP of several economies