There are some very sustainable themes brewing for the next decade in the form of renewables, EV, AI Tech, etc. and that is where investors must focus on to build the next leg of wealth, Tarun Birani, Founder and CEO TBNG Capital Advisors – said in an interview. 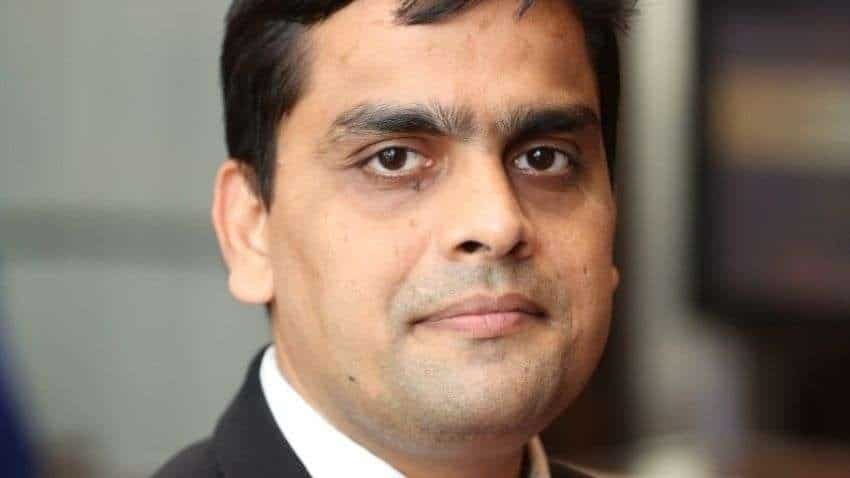 There are some very sustainable themes brewing for the next decade in the form of renewables, EV, AI Tech, etc. and that is where investors must focus on to build the next leg of wealth, Tarun Birani, Founder and CEO TBNG Capital Advisors – said in an interview with Zeebiz’s Kshitij Anand.

Birani brings with him rich and extensive experience of more than 25 years in the financial planning and wealth management space. The firm manages over Rs 400 crore AUM across financial markets.

Q) Taking back 3 farm laws by the Modi government was the biggest news of last week. What are your views, and will it impact the reform process going forward?

A) While taking back of 3 farm laws is an obvious setback, we must wait and watch in terms of how the implications pan out over the next 2-3 months.

While I am not aware nor am I an expert on what the political gains/repercussions would be from this decision, in terms of the reform expectations and from the economic growth perspective, the market will not like the same in the short term.

There are divided opinions in terms of whether this is a one-off event or will be extrapolated to every other impending reform and thus lead to a massive lag in the Economic and Earnings Growth.

Eventually, markets price in the earnings growth and economic growth over the longer term. If these lags lead to some structural slow-down in expected growth on any of these fronts, markets will react in the way investors won’t like.

If you were to ask me on a holistic basis, there have been a host of reforms that have been successfully implemented such as GST Act, Labour Laws, RERA, etc., and some have been stalled or slowed, with Farm laws not being the least of them.

It is a case of more hits than misses. My sense is that we must give 2-3 months and continue to listen to the commentary and monitor action on the other reforms before forming a blanket conclusion in terms of whether the reform train has come to a halt for the time-being.

Q) Where is the smart money moving? Although FIIs might be selling in Indian markets but they are putting money in IPOs?

A) FIIs are presently exiting the emerging markets which include not just India, but others too. This is mainly due to the hardening of yields in the US along with tapering commentary being heard.

FIIs are thus re-shuffling their portfolios in the wake of these events. However, the China+1 strategy along with long-term fundamentals should augur well for India.

We aren’t aware of any data points that suggest that they are putting money in IPOs while selling overall. Yes, there is an influx of foreign Venture Capital, Private Equity, Foreign Investors who are making astute investments in exciting tech-based startups.

Many of the FIIs are also taking exits from the private companies where they had invested for the long-term through the IPO route.

There are some very sustainable themes brewing for the next decade in the form of renewables, EV, AI Tech, etc and that is where investors must focus on to build the next leg of wealth.

Q) Market remained volatile throughout last week, but it looks like there is selling pressure at highs. Is the Street factoring in a sooner than expected rate hike from US Fed as well as commentary from RBI also hinted that?

A) There has been a marked change in commentary from central banks all over the world that inflation is no longer transitory. However, Central Banks also have to do a delicate act of balancing the growth engine which is almost in its final stages of becoming self-sustainable in terms of not needing that liquidity ingestion every now and then.

Also, there have been announcements in terms of tapering which has to some extent started. If inflation ends up exceeding instead of remaining within healthy levels, then we will see some sideways movement and some healthy correction.

Unless we see a sudden Black Swan event, I don’t foresee a massive correction as the earnings support from the street is present this time along with kick-starting of credit and CAPEX cycle.

Q) What are your takeaways from the September quarter results? And your outlook for the rest of FY22 earnings?

A) While we saw most of the businesses demonstrating growth back to pre-covid levels and some even exceeding that, there was a visible margins pressure on many of these companies due to rising input costs.

While the expected earnings growth and lean Balance Sheets augur well for the next couple of years, inflation could play a spoilsport for companies who will not be able to pass on the price hikes.

However, my long-term sense (3-5 Years) is that there are great companies available though at rich valuations, which are at the cusp of a multi-year earnings growth cycle.

Q) What are your views on the new age IPOs and what factors one should keep in mind before pressing buy or a sell button?

A) IPOs whether New Age or Old Age must be subscribed with a very clear focus in mind in terms of what one is looking to get out of it.

If the long-term investment is the focus, then the investor must go through DRHP, Brokerage House Research Reports, Overall Growth, Quality of Management, Valuations etc., and only then should he look towards investing in the same.

However, if the focus is purely listing gains, then it becomes much of speculation and in a liquidity-driven market ends up earning listing gains but at the same time will get his hands burnt once in a while.

Regardless, he should be unemotional about the same, define his downside and exit the same once his purpose his achieved. However, we prefer the first approach and ideally, a retail investor for his long-term growth should look at having the first approach in mind which will lead to much better long-term wealth creation.

Q) It is said that maximum wealth was created by tech-based companies especially in the US – can Paytm, Zomato, Nykaa or Policybazaar remain relevant in near future and turn out to be next big wealth creators?

A) We as investors normally display a behaviour bias, especially in the Bull Markets which is called Survivorship Bias. While in the last decade your statement holds true, but what equally holds true is that maximum wealth was destroyed by tech-based companies in 99-00 tech boom-bust cycle.

While the listing of these platform companies are a great news for the Indian Start-up system and many of them will see the light at the end of the tunnel, many excesses will have a way of correcting themselves on their own.

The companies which have agile business models along with the ability and visibility to become profitable at some point in the future will probably have a good chance of creating wealth. However, many of them are richly valued and in some of them, I expect the irrational exuberance to eventually subside.

Q) The recent correction has given enough opportunities to investors to get into markets or buy stocks. What will be your advise to retail investors especially the one who have not seen many market cycles?

A) That returns in the market will never be linear. While over the longer term, markets have a tendency to go up, they will move in cycles of boom and bust and thus investors will have to develop that steel as well as self-awareness to remain invested and take positions accordingly.

Investors can look to do opportunistic SIPs in good quality stocks and funds that they have been tracking and researching in these corrections so that it helps them lock in the average costs.

Also, unless well trained and well aware, retail investors must avoid leverage and derivative instruments as that could make their experience sour.

Q) Real estate seems to be making a comeback. What are your views on the sector?

A) We are seeing a lot of consolidation amongst the real estate players into the large listed and large unlisted names. Also, commercial real estate is also seeing signs of normalcy.

My sense is that the real estate sector has matured post the pain that it has seen in the past few years as well as new reforms coming in, in the form of RERA etc.

There has also been a good demand push due to the home loans being available at low interest rates. While the macros look appealing for the sector as a whole, investors must have a bottom-up approach and stick to good quality names.

Q) UBS revised GDP estimates to 9.5% from 8.9% earlier for FY22. Many other agencies also revised their estimates upwards. What are your views? Do you think we are slowly coming back on track of high growth but Street has more or less factored that in the recent run up?

A) There will be estimated revisions by brokerage houses all throughout the year, but the broader consensus seems to be in the range of 9+ % for the next year or so led by strong consumption demand and uptick in capex and credit cycle.

As RBI has also hinted, we are coming back to pre-covid levels and liquidity support thus would accordingly be adjusted.

While much of this has been priced by the market, we are still on a path of a multi-year earnings growth trajectory as corporate profits as a percentage of GDP continue to rise over the next few years.

Yes, there will be some hiccups and volatility along the way due to macro factors such as inflation, G-Sec Yields Hardening, Oil Prices, etc but these would be mitigated if there is strong earnings support along with healthy balance sheets which looks to be the base case in the next 3-5 Years.

Dalal Street Voice: Focus on IT and Pharma as they are immunised from lockdowns: Somnath Mukherjee of ASK Wealth Advisors

Dalal Street Voice: First 3 months of 2022 likely to be turbulent; investors must brace up, says R Venkataraman of IIFL Securities

Dalal Street Voice: We expect 8-10% rise in Nifty in 2022; Budget 2022 to focus on Capex Revival: Mitul Shah of Reliance Securities

SBI Life Q3FY22 Preview: Profit likely to surge up to 30% on growth of new business premiums; brokerages maintain a buy on this stock