Taking cues from its Asian peers and buoyed by action in heavyweights and broader markets, the benchmarks rose more than 2.5% on Tuesday, the day shares of India's largest IPO, LIC, was listed on the exchanges. 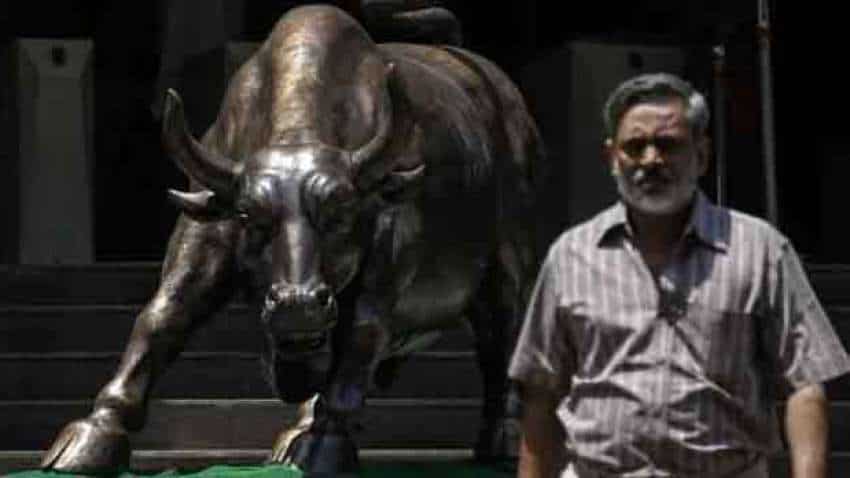 Taking cues from its Asian peers and buoyed by action in heavyweights and broader markets, the benchmarks rose more than 2.5% on Tuesday, the day shares of India's largest IPO, LIC, was listed on the exchanges. The market was also supported by aggressive rebound in metal and energy stocks, led by Hindalco, Tata Steel, JSW Steel and Coal India.

Much support also came from the broader market, where Nifty midcap and small cap witnessed huge buying interest as they closed higher by 2.7% and 3.3% respectively.

Among sectoral indices, Nifty metal led the rally as the metal index gained more than 6%, it was followed by the oil & gas index, which rose over 3.5% on Tuesday's closings.

As the Indian markets showed high level of resilience to end strongly despite muted response from India's larget IPO ever, here is what market experts make of the today's rally.

Vinod Nair, Head of Research at Geojit Financial Services.
After a long gap, the market has witnessed a strong resilience supported by heavyweights and broader markets. The market was trading at oversold territory and was inspired by optimism in the Asian markets led by Chinese technology stocks, in hopes of easing regulatory crackdown and declining covid cases.

The much-watched LIC’s IPO showed a subdued listing. However, we believe that LIC is a decent investment opportunity in the short to medium-term; considering its deep discount valuation, strong market presence, improvement in future profitability due to the changes in surplus distribution norms and strong sector growth outlook.

A ferocious up-move from the Metal Index lifted Reliance together with other sectoral indices in the afternoon trade today leaving bears gasping and covering short positions and looking out for reasons for the rally. On a day when WPI for April crossed 15%, the 2.7% rise in benchmark indices coupled with the breadth of the rally surprised many on the street despite the move coming after a relentless fall.

Bulls roared back on Dalal Street as Nifty ended above 16250. Metal pack were the star performers shine as key benchmark indices rose sharply amid positive Asian and European stock market cues in the backdrop of outweighed inflation and stagflation fears.

Value buying backed by short covering came to bulls’ rescue. The biggest positive catalyst was China -- the biggest consumer of industrial products -- eased Covid-19 related restrictions. The optimism was so powerful that bulls shrugged off LIC’s poor listing performance (8% down at Rs. 873 from its issue price of Rs. 949). The next move could see Nifty bulls probably zip to its 200 - DMA of 17253. For the index, support is seen at 16000 and below the level, Nifty could swiftly move to 15671-mark.

The Nifty was trading in a sideways manner for the last couple of sessions. It had formed a Doji pattern on the daily chart on May 16, which was a sign of indecision in the minds of the market participants. In terms of the price patterns, the Nifty had formed a triangular pattern on the hourly chart. On May 17, the index broke out from this indecisive phase on the upside.

On the way up, the index crossed the 16000-mark as well as the key hourly moving averages, which reinforced the bulls further. All these observations suggest that the Nifty has turned its short-term trend positive.

However, the rally could be short-lived as the unabated FII selling coupled with concerns of further rate hikes to tame inflation may fuel volatility. On daily charts, Nifty has formed a long bullish candle which is broadly positive in the short term.

For the trend following traders, 16150 would be the trend deciding level, above which the positive momentum is likely to continue till 16380-16450. On the flip side, a quick intra-day correction is possible if the index slips below 16150. Below the same, the index could retest the level of 16080-16050.

We have been cautious on the markets for some time and we expect the uncertainty and volatility to continue in the near term. In fact, over the past few days, all intra-day recoveries are getting sold off, and various technical levels are getting broken, making the markets more nervous. The markets will continue to remain influenced by incremental news flows related to central bank actions, especially the US Fed, and inflationary trends.

In the short-term, there could be some technical pull-backs in the markets, considering the excess pessimism that seems to be floating around and the oversold conditions that we are into. However, we seem to be into a slightly long-drawn phase of consolidation for the markets with bouts of significant intermittent volatility.

Dalal Street Corner: Market ends flat even as FII selling nears exhaustion; what should investors do on Friday?