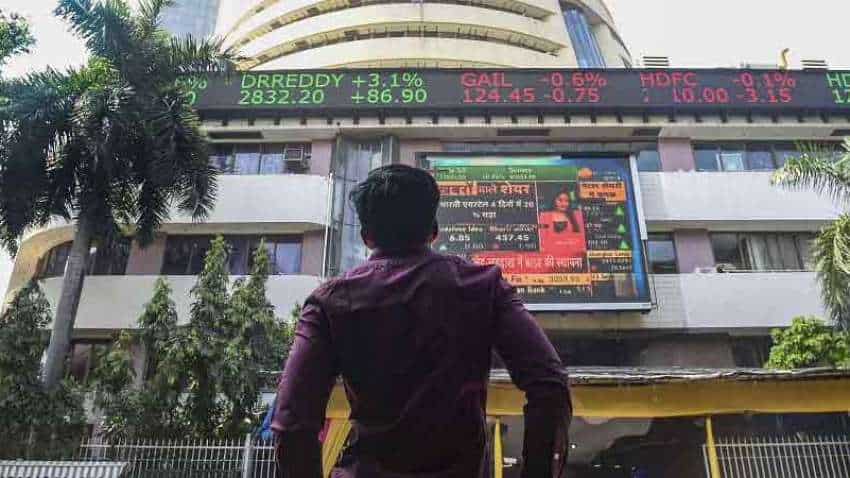 FMCG, Pharma and healthcare gained up to 1.25% as they prevented the market from slipping further. Source: PTI

Snapping a two-day winning streak, the domestic equity market closed with marginal loss amid profit booking on Wednesday. The broader Nity50 and Sensex dropped 0.12% and 0.20% respectively as the 50-share index closed below 16,250 and the latter closed near 54,200. Following benchmarks, Nifty mid cap and small cap closed 0.2% and 0.4% lower respectively.

Meanwhile, FMCG, Pharma and healthcare gained up to 1.25% as they prevented the market from slipping further. Apart from these sectors, all Nifty sectoral indices closed in the red with Realty and PSU Bank taking the maximum hit.

"With the support from pharma and FMCG stocks, the domestic market had a steady run until the weak opening of the European market. UK’s soaring retail inflation number along with Fed Chair’s reassurance on bringing down the inflation, disturbed the sentiment, risking sharper rate hikes, said Vinod Nair, Head of Research at Geojit Financial Services.

With prospects of a sizeable interest rate hike by the global central banks, investors are advised to allocate higher weightage to sectors that are least affected by such policies such as defensives, suggested Nair.

Gaurav Ratnaparkhi, Head of Technical Research, Sharekhan by BNP Paribas, was of the view that short-term pull back was still intact and Nifty may attract buying interest around 16,200.

"The Nifty opened on a positive note & attempted to continue with the positive momentum. On the higher side, however, it stumbled near 16400 where it attracted some profit booking," said Gaurav.

The internal structure of the recent rise shows that today’s negative close is a minor pause & the short-term pullback is still intact, he said.

Ratnaparkhi was of the view that the index is expected to witness fresh buying support near 16200. "Thus, this minor degree dip can be taken as a fresh buying opportunity from short term trading perspective. On the higher side, the short-term target is pegged at 16500. The level of 16000 will act as a support for the short term," he recommended.

Nifty found resistance at the crucial resistance at 16400 and slipped below, closing with a marginal loss, said Rupak De, Senior Technical Analyst at LKP Securities.

On the daily chart, the index remained well below the short-term moving average, he said.

"The daily RSI is in the bullish crossover. The trend is likely to remain sideward over the near term. The resistance on the higher end is placed at 16400. On the lower end, support is visible at 16000," added Rupak De.

Meanwhile, FIIs continued their selling spree as they sold equities to the tune of Rs 2,192.44 crore in the Indian market on Tuesday. Besides, they remained net sellers so far in the month with selling figure of Rs 36,682.40 till May 17.

Dalal Street Corner: Market ends flat even as FII selling nears exhaustion; what should investors do on Friday?