In a special edition of Budget 2022 with Zee Business Managing Editor Anil Singhvi, market analysts Ashish Sommaiyaa and Vikram Kotak laid out their expectations from the Union Budget for the financial year 2022-23, which is scheduled to be presented on February 1 at around 11:00 am. 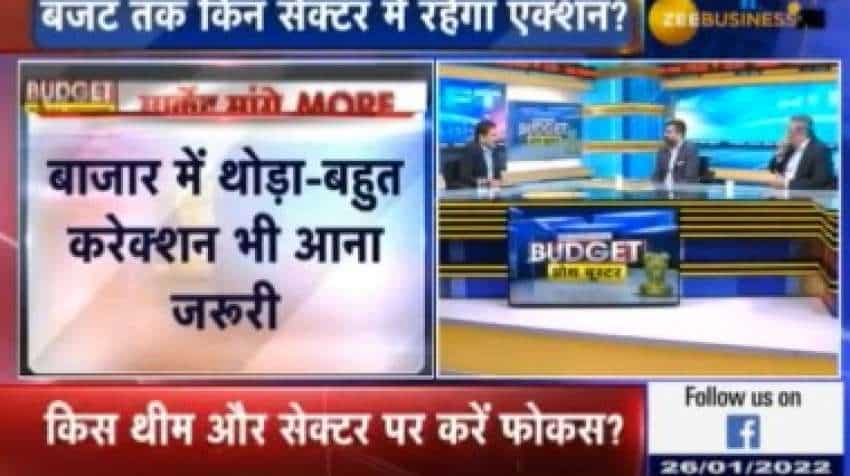 Kotak also added that the current valuations of private banks are quite normal: Zee Business

In a special edition of Budget 2022 with Zee Business Managing Editor Anil Singhvi, market analysts Ashish Sommaiyaa and Vikram Kotak laid out their expectations from the Union Budget for the financial year 2022-23, which is scheduled to be presented on February 1 at around 11:00 am.

Both the analysts believe realty and private banks may play out well in the coming months and are likely to have big announcements related to this sector in the upcoming Budget. In this regard, Kotak lists out multiple reasons, why even today's realty sector is the perfect bet for bumper returns.

Being bullish on the realty sector, Kotak said, “In the top 10 cities, the price rise index of real estate is negative in the last 10 years, however, the current price hike is mainly due to rising input cost, but appreciation wise it’s negative.”

Besides, every state government has started subsidizing the stamp duty fees, and it has become fashion after Maharashtra took the initiative, the market analyst mentioned, adding further that the 1-2 per cent cut of stamp duty aids larger to the overall state revenue.

In this regard, Kotak urged the government to make this stamp duty as a central subject and incentivize it into a structure by which every state does it like Maharashtra.

Moreover, the housing loan interest rates are at the lowest level, around 6-6.5 per cent, this has never happened and it's a win-win situation for both realty and banks to grow.

With respect to private banks that hold a growth prospect, Kotak explained, the banks whose ALM is strong, up to date in technology, holds pricing power, has a strong Casa, are the only banks that will survive amid rising interest cycle, rest other banks and NBFCs may take a hit.

He also added that the current valuations of private banks are quite normal and have huge potential to grow further. He also said that

While Sommaiyaa believes the auto sector, apart from the electric vehicle category, is yet to show its real growth. In the next 3-4 months, the market would see a growth trajectory in the auto sector also, including auto ancillaries.

Sommaiyaa advised the government to remove the buyback and dividend tax and felt that this is a wrong policy, as it directly impacts the minority shareholders.

The government earlier removed capital gain tax and imposed STG. And now, it has again brought capital gain back by adding cess and other things. The market analyst said, adding further that the duplication of taxes is huge.

While Kotak doesn’t want to see any negative surprises from the Budget 2022.

Emirates Logistics India Pvt. Ltd. Awarded as the Most Trusted Brand of the Nation By The Brand Story

SEBI to crack down on spams, online fraud and loan apps; meeting with regulators around the world tomorrow