Several experts on Zee Business have voiced their demands and what they expect from the Union Finance Minister Nirmala Sitharaman when she presents het third full budget on 1 February 2022. The latest in line is Varinder Bansal, Founder of Omkara Capital. 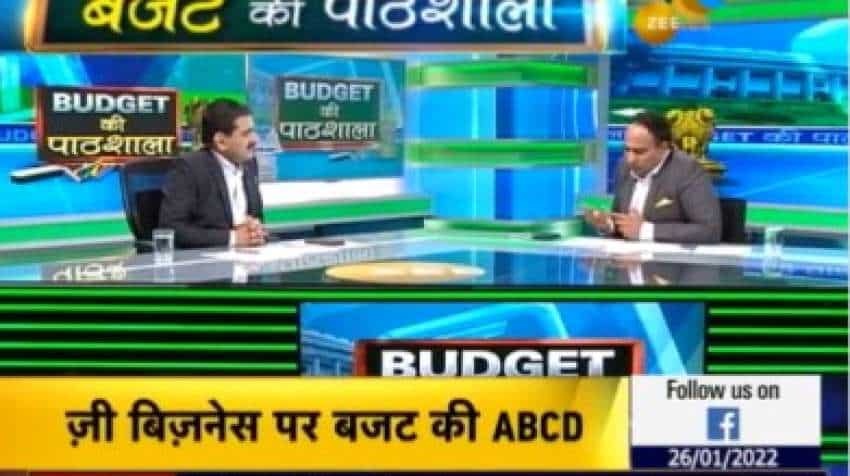 Real estate is another sector where Bansal said that he was expecting some major announcements: PTI

As the countdown to Budget 2022 is already underway, expectations around it are already making headlines. Several experts on Zee Business have voiced their demands and what they expect from the Union Finance Minister Nirmala Sitharaman when she presents het third full budget on 1 February 2022. The latest in line is Varinder Bansal, Founder of Omkara Capital. He speaks with Managing Editor Anil Singhvi in a special edition of 'Budget Ki Pathshala' on what he thinks could be crucial for the Indian economy.

The government may give performance linked incentives to the manufacturing sector, Bansal said adding that this has been in focus for the government for quite some time. The segments such as solar modules, semi-conductor, LCD displays among other may benefit directly from the announcements.

He also emphasised on the need for India to be energy sufficient in order to reduce its import bills and incentives for renewables, semiconductors, solar energy among others were necessary.

Real estate is another sector where Bansal said that he was expecting some major announcements. This sector has been doing well and if growth momentum remains, it may help other segments such as steel and cement.

India still has a large population where people do not own a home, Bansal pointed out adding that tax waivers could trigger affordable housing. He was also of the view that FDI rule in real estate could also come in the upcoming Budget.

In the cigarettes category, the taxes on cigarettes should be 75 per cent of the retail price, as per World Health Organisation guidelines and in India it is 55 per cent, hence the sin product makers company are likely to be in focus in the upcoming Budget, Omkara Capital founder said.

In the health segment, The GST (Goods and Services Tax) on health insurance premium is expected to be reduced to 5 per cent from 18 per cent, which may have direct benefit to diagnostic firms and hospital chains, he added.

Besides, the gradual increase in defense sector almost in every budget is seen similarly, if it’s raised to 2-2.5 per cent of GDP from 1.5 per cent, it will aid to the domestic defense companies such as HAL, BEL, L&T, Paras Defense among others.

For fertilizer category, the government may announce 1.4 lakh crore subsidy, which personally Bansal feels is of no use as it doesn’t benefit anyone. However, the fertiliser stocks such as UPL, Chambal Fert among others may surge.