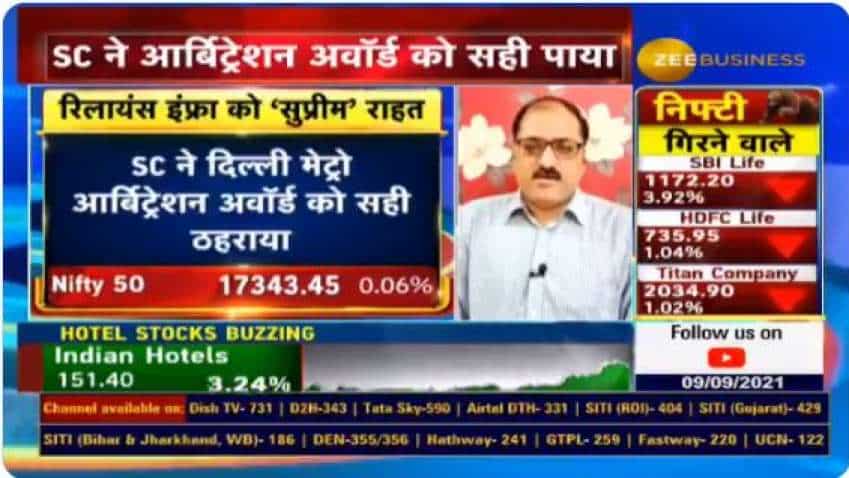 SC has also ruled that this amount of Rs 2,800 cr will be paid back to the company with the interest accrued over a period of 8 years

A big breather has come for the Anil Ambani Group from the Supreme Court of India. This is a development around Reliance Infrastructure Limited which has got a relief from the top court. Zee Business’ Brajesh Kumar has a detailed report on the story.

The arbitration was earlier challenged in the Delhi High Court. The SC has also ruled that this amount of Rs 2,800 cr will be paid back to the company with the interest accrued over a period of 8 years. This money will be given by Delhi Metro Rail Corporation Limited to Reliance Infrastructure.

The standalone debt of Reliance Infra is around Rs 3,800 cr and the money that it will be receiving against this would be around Rs 5000 cr.

On the standalone basis, if this money comes to its fold, Reliance Infra could transform into a debt free company.

The issue is related to a dispute arising out of termination of operations in 2012 by Reliance Infra. The company ended its operations on metro line connecting Delhi Airport. The company cited reasons that the structures constructed by DMRC had developed cracks and it was not possible to run metro at this route because of safety reasons.

However, DMRC had rejected the claims made by Reliance Infra. Reliance Infra had accused DMRC of not mending the faulty structures and said that it will not continue its operations.

Finally, it went to SC, which today ruled in favour of Reliance Infra.

THIS IS HOW Reliance Power consolidated debt will be reduced by Rs 3.2k cr in FY22 - HIGHLIGHTS of what happened at board meeting