Auto stocks surge to 6% on a lacklustre Thursday; Eicher, TVS, Tata Motors in focus - know why ICICI direct remains bullish on this sector?

The auto shares were buzzing on the back of positive sales in January as well as the announcements made related to auto and electric vehicles sectors in Budget 2022 on Tuesday. 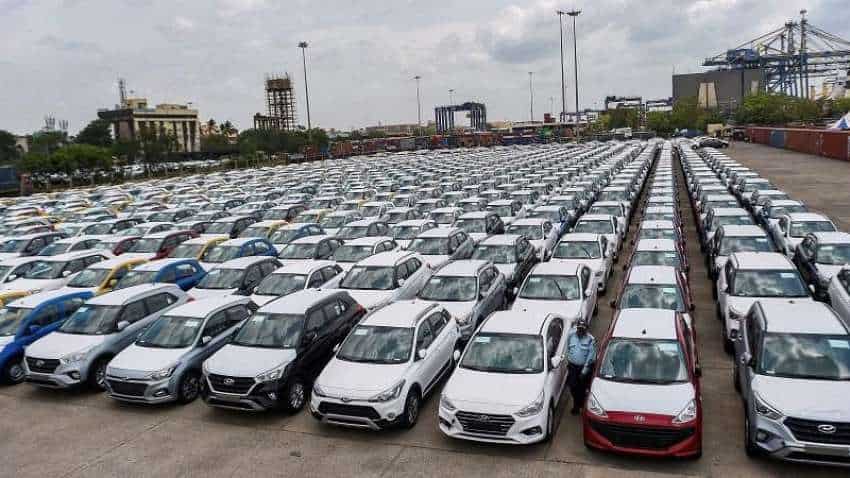 At around 12:35 pm; the Nifty Auto index has been the top gainer among sectoral indices: PTI

From index heavyweights to ones in the broader markets, the automobile companies’ shares were trading with vigour on Thursday and gained up to 5 per cent on the BSE in the intraday trade. It was on the back of economic activity. The 15-share Nifty Auto index was the only sector with positive trends and was trading 1 per cent up from the Wednesday closing price. The sector has held the markets from further decline today.

The auto shares were buzzing on the back of positive sales in January as well as the announcements made related to auto and electric vehicles sectors in Budget 2022 on Tuesday.

While BalaKrishna, Eicher Motors, Tata Motors, M&M are surging between 0.3-1 per cent intraday, while Exide and Bosch are up marginally in otherwise negative market. On the contrary, Bharat Forge, MRF and Amara Raja are dragging the auto index.

At around 12:35 pm; the Nifty Auto index has been the top gainer among sectoral indices, was up around 1.4 per cent, as against to 0.77 per cent decline in the Nifty50 index.

The finance minister Nirmala Sitharaman in her Budget 2022 speech has proposed to come out with Battery Swapping Policy which also includes the concept of energy/ battery as a service.

Besides, the government has also substantially raised the allocation to Faster Adoption and Manufacturing of Hybrid & Electric Vehicles (FAME) scheme at Rs 2,908 crore for FY23E as compared to Rs 800 crore for FY22E.

“Within the space, we are more positive on CVs (commercial vehicles) on account of sharp cyclical revival expectation. e-2W mix is expected to reach around 10 per cent of 2Ws by FY24E, post which the real upsurge is likely to happen as local battery pack manufacturing kick starts,” ICIC Direct said.

With capex requirement mainly for product development, capital efficiency in the space is set to improve across segments with improvement across EBITDA margin and asset turns, it added.

D-Street Voice: Auto sector could potentially turn out to be the dark horse of FY22: Rahul Bhuskute of Bharti AXA Life Insurance