The Nifty Auto Index and S&P BSE Auto were up nearly 2.5 per cent at around 1 PM as against nearly 0.6 and 0.8 per cent rise in the Nifty50 and BSE Sensex at the same time. 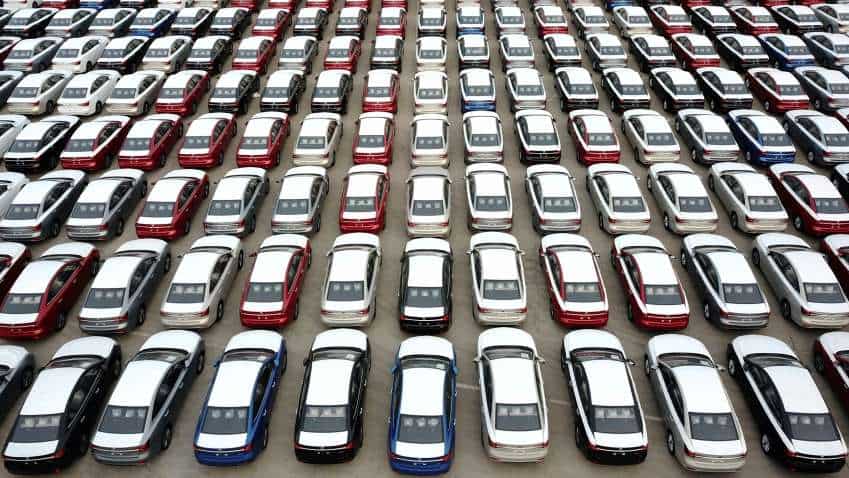 Maruti Suzuki shares were the top Nifty50 gainer on the intraday basis and were up almost 5 per cent: Reuters

Automobile stocks were on a roll during Monday’s trading session and surged up to 7 per cent intraday on the exchanges after the government announced central excise duty cut on petrol and diesel on Saturday. The price mobvement was also aided on account of a raise in export duty on most steel products, iron ore, and pellets.

The Nifty Auto Index and S&P BSE Auto were up nearly 2.5 per cent at around 1 PM as against nearly 0.6 and 0.8 per cent rise in the Nifty50 and BSE Sensex at the same time.

Among the heavyweights, Maruti Suzuki shares were the top Nifty50 gainer on the intraday basis and were up almost 5 per cent, followed by Mahindra & Mahindra shares, which  up over 3 per cent on the BSE around this time. Whereas Ashok Leyland and Bharat Forge were the top gainers in the broader markets.

Other auto stocks such as Hero MotoCorp, TVS Motor, Tata Motors, Eicher Motors shares were up between 1 and 2 per cent intraday. Similarly, Bajaj Auto, MRF, Bosch and Escorts were in the green marginally intraday on Monday.

The reduction in fuel prices would particularly benefit the two-wheeler segment (2W) segment where customers have been impacted adversely by persistent inflation in the total cost of ownership over the last three years, Motilal Oswal said in its report on the auto sector.

Further, it would also benefit the commercial vehicle (CV) sector, as fleet operators’ profitability had come under pressure in the recent past, the brokerage report further said.

While the measures announced by the Finance Minister Nirmala Sitharaman on steel (levy of export duties on steel inputs and outputs) and plastic (reduction of customs duty on inputs) augur well for the auto sector that has faced unprecedented input cost pressures, Motilal Oswal noted.

The measures particularly should help in offsetting steel price increases, which are expected in H1FY23, the brokerage said, adding that it is building in 1-2 per cent increase due to commodity cost inflation in 1HFY23, which may be offset if steel prices actually reduce further.

While all the OEMs (Original Equipment Manufacturer) will benefit in varying proportions, the key beneficiaries of the above measures in the auto sector would be Hero MotoCorp pure-play domestic 2W OEM with a focus on mass segment motorcycles and Ashok Leyland’s pure play on CVs, it said.