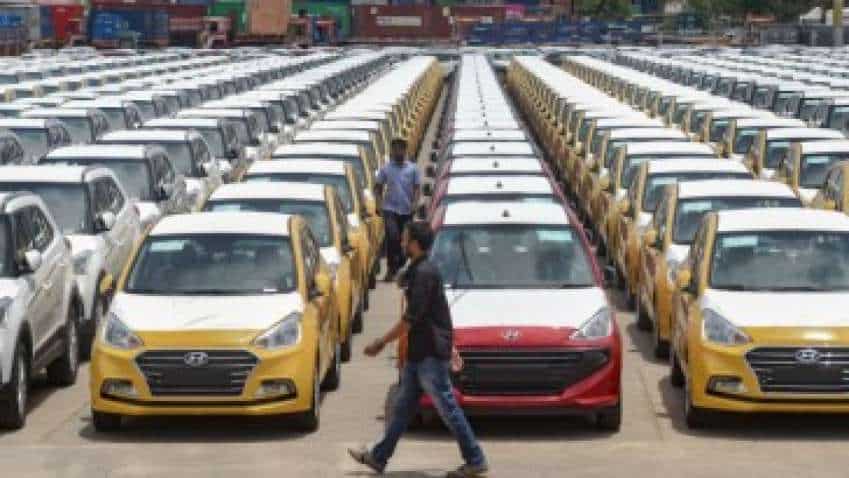 The auto companies’ shares have been surging in the trade today on the back of monthly sales data that many four and two-wheeler companies have either released or yet to declare.

The Nifty Index is up near one per cent at around 11:43aiding the benchmark declining further. Stocks such as Bajaj Auto, TVS Motor and Tata Motors have been soaring around two per cent on the National Stock Exchange on Thursday.

While Hero MotoCorp, M&M, Bharat Forge, Eicher Motors and Maruti Suzuki shares are trading between 1.5-0.5 per cent on the NSE today. Of 15 scrips on Nifty Auto, 14 are advancing, while one (Amaraja) declining in the trade.

Bajaj Auto reported growth of near 25 per cent in total sales of vehicles in June at 3.46 lakh as compared to 2.78 lakh units in the same month a year ago, while it has reported over 27 per cent rise on a month-on-month basis. The stock is up over two per cent to Rs 4220 per share on NSE.

Similarly, Escorts reported a 15.5 per cent growth on a year-on-year basis in total tractor sales for June, at 12,533 units. The stock has surged over 1.5 per cent to Rs 1240 per share on BSE intraday.

Nomura expects a strong recovery in global automotive demand over 2021-22, upgrades Motherson Sumi to Buy, and also gives a positive outlook for Bharat Forge, Apollo Tyres and Bajaj Auto. The brokerage expects production to reach a new high of 18.3 million in the calendar year 2022.

It upgrades Motherson Sumi to buy for a target of Rs 301 per share, similarly gives a buy call for Bharat Forge, Bajaj Auto and Apollo Tyres and sets a price target of Rs 924, Rs 4847, Rs 302 per share respectively.

150% in 1 Year! This Rakesh Jhunjhunwala-owned stock gets rating downgrade; what should investors do?

Buy, Sell or Hold: What should investors do with Tata Motors, Tata Tele and Rajesh Exports?