Anil Singhvi, Managing Editor at Zee Business, said whenever a report regarding change in ratings or outlook of the country come from Moody's or any other rating agencies, then in general its impact is seen on banking stocks. 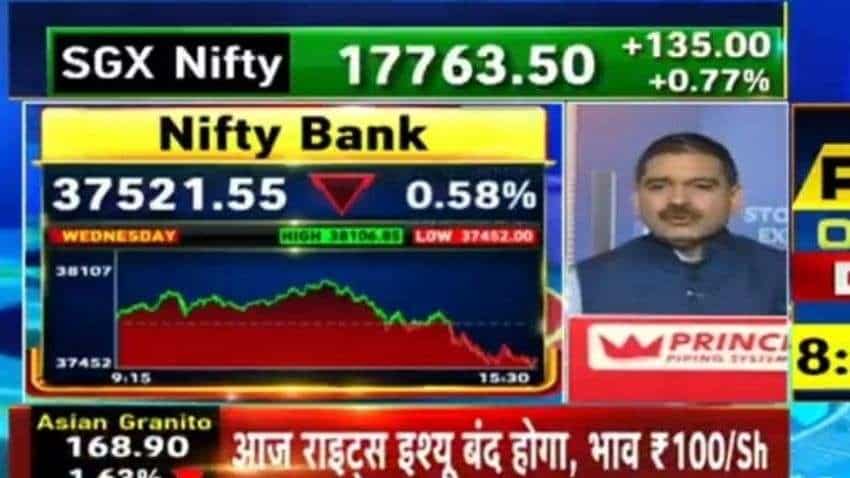 Moody's Investors Service has raised the rating for nine Indian banks, including SBI, HDFC Bank, ICICI Bank to 'stable' from 'negative'. Along with the banks, the ratings of certain companies have also been revised like Power Grid, ONGC, etc.

Speaking on the same Anil Singhvi, Managing Editor at Zee Business, said whenever a report regarding change in ratings or outlook of the country come from Moody's or any other rating agencies, then in general its impact is seen on banking stocks and that is what has happened.

The market expert said that the US-based rating agency had changed the outlook of India's sovereign rating to 'stable' from 'negative' on Tuesday and they have done the same thing with the banks by changing the outlook to stable from negative.

But banking shares were strong yesterday as well even though Bank Nifty closed half a percent down, and this strength in the banking stocks is not because of Moody's only, the market expert added.

He said that he has been saying for the last 5-7 days that Bank Nifty and banking shares will outperform and the only reason was good results. The quarterly results which are coming and in the last two days the quarterly updates which has come in banks and NBFCs shows that the results of this quarter will be strong.

Banks will outperform. In a bearish market, it will fall less and in a good market, it will rise more, the market expert said. He said on Wednesday, Bank Nifty fell but less. On day-to-day basis, you may not be able to make correlation but on an average Bank Nifty's outperformance will continue further, he said.

Dalal Street Voice: India is on the cusp of achieving robust growth over the next few years: Harshad Borawake