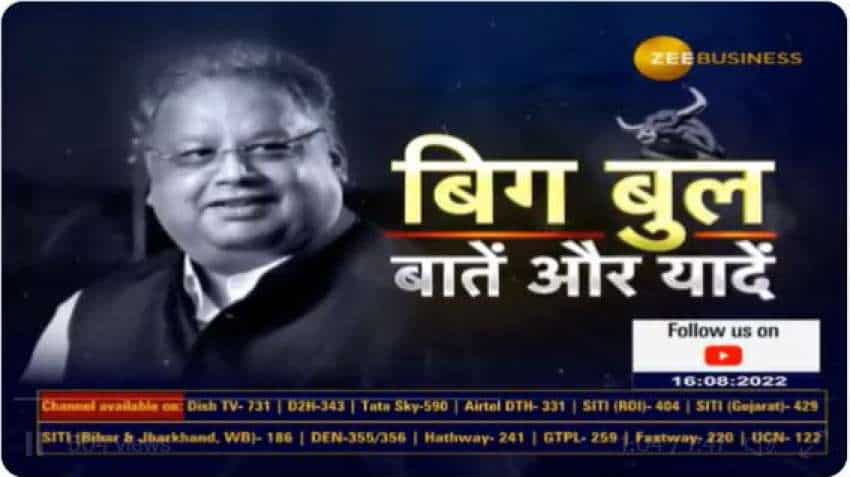 Ace investor Rakesh Jhunjhuwala’s demise on Sunday has come as a rude shock for all those who knew him, be it stalwarts in the stock markets, his fans and all and sundry. In a tribute to the Indian Big Bull, Zee Business Managing Editor Anil Singhvi speaks to experts who knew him from the close quarters. #AlvidaBigBull #RakeshJhunjhunwala

Raamdeo Agrawal, Chairman and Co-Founder of Motilal Oswal Financial Services (MOFSL)  said that Rakesh Jhunjhunwala possessed great ability to see the big picture and also find a deep bargain in a stock, simultaneously. He tells how he bought stocks worth Rs 10 at Rs 1 and which went on to achieve Rs 100 over a period of time. He said that it was a thing to learn from him but this was a gift of god to him. His ability to see bargain in growth company was his top quality, Agarwal said. He spots these stocks when nobody sees potential in these stocks.

He also had the great ability to exploit the success of any stock.

Sunil Singhania, Founder of Abakkus Asset Manager LLP recalls how he referred Rakesh Jhunjhunwala as his elder brother. While being with him was full of learning, his mere presence brought a lot of energy, he said. He was different in way that he always spoke his mind and he had always taught everybody to remain bullish on the India story, Singhania said.

His presence would take away all the negativity in the event of any adversity, he further said. His contribution to the stock markets is unmatched as non-promoter and he has inspired generations of investors. He has lived up to his name, the Abakkus founder said.

Rakesh Jhunjhunwala passed away on Sunday.

Stock to buy: This multibagger Tata Group company shares gain over 116% in a year; brokerage recommends this

Anil Singhvi pays tribute to Rakesh Jhunjhunwala! Recalls interview with BIG BULL - from philanthropy to lessons for investors, this is what he said