Stock markets ended in the red on Thursday and fell on three consecutive occasions during this truncated trading week. The BSE Sensex ended at 59,636.01, down by almost 0.6 per cent or 372 points from the Wednesday closing level. Meanwhile, the 50-share Nifty50 ended down 113 points or 0.7 per cent at 17,764.80 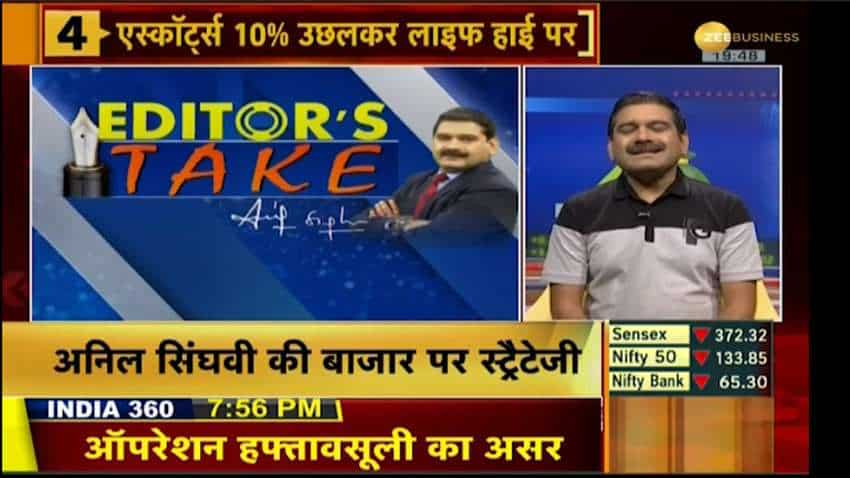 Domestic Markets to take cues from US Markets, FIIs/DIIs when markets reopen on Monday

The stock markets ended in the red on Thursday and fell on three consecutive occasions during this truncated trading week. The BSE Sensex ended at 59,636.01, down by almost 0.6 per cent or 372 points from the Wednesday closing level. Meanwhile, the 50-share Nifty50 ended down 113 points or 0.7 per cent at 17,764.80.

Over the weak Sensex lost by 1.75 per cent while the Nifty50 lost 2 per cent. Bank Nifty also ended below the 38,000 level, losing as much as 2 per cent during the week.

In his review of the week, Zee Business Managing Editor Anil Singhvi said that the domestic markets continued their downward trend on the day of weekly expiry. The volatility was higher on Thursday in comparison to other trading sessions during this week, the Managing Editor said.

While the selling activity among the FIIs and DIIs was not significantly high, buying was certainly curtailed by them, he further said. At one point, Nifty50 slipped below 17,700 only t recover later.

For a change, Bank Nifty exhibited slightly mor resilience and managed to end just below the 38,000 level.

There was stock specific action largely dictated by profit booking on account of a long weekend and day of expiry, the Managing Editor opined.

It will be interesting to see if the markets hold on to the support level of 17,600 when the Markets reopen on Monday, Singhvi said.

The domestic markets will take cues from their US peers and how Dow Futures trade on Monday, Singhvi said.

The markets may also look out for the action among the FIIs and DIIs. The markets currently are oversold and the Put-Call ratio suggest fewer positions for bull run and are outnumbered by bearing trends.

Even Bank Nifty could attempt to go near the 38,500 level, Singhvi said.

The next week is likely to see some stability and could remain rangebound after this tumultuous week, Singhvi said. He reiterated that Global Markets and FIIs and DIIs could play a key role in how markets move on Monday.