Primarily, more short positions have been rolled into the December series and on Friday even more shorts are added in both Nifty as well as Bank Nifty, Ruchit Jain, Trading Strategist, 5paisa.com, said. 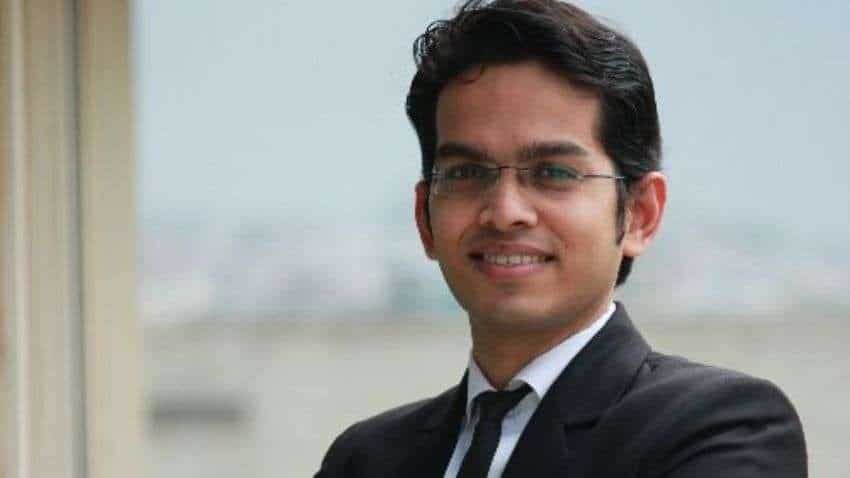 Primarily, more short positions have been rolled into the December series and on Friday even more shorts are added in both Nifty as well as Bank Nifty, Ruchit Jain, Trading Strategist, 5paisa.com, said in an interview with Zeebiz’s Kshitij Anand. Edited excerpts:

Q) Markets closed the week with a freaky Friday. What led to the price action in the week gone by?

A) At the start of the week itself the Nifty50 gave a breakdown from a ‘Head and Shoulders’ pattern on the daily charts. This confirmed a corrective phase in the market and the index tested the 17200 mark on Monday itself.

The mid-week pullback from the support of 17200 did not witness any broad market participation and was led only by the index heavyweight Reliance Industries on the expiry day.

The new variant of Covid in South Africa and rising cases in certain parts of the world led to nervousness in the Asian markets on Friday.

In line with this, our markets too witnessed a sharp sell-off and tested the 17,000 mark on the Nifty50. In our sense, this correction was on the cards irrespective of the news flows as the above-mentioned bearish pattern had already confirmed the reversal of the short-term trend.

Q) What does the data for the November expiry tell you about the December series? Where do you see Nifty and NiftyBank headed in the new series?

A) If we glance at the derivatives data, it is seen that the rollovers are on the higher side and recently the indices have witnessed short formations.

So, primarily the short positions have been rolled into the December series and on Friday more shorts are added in both Nifty as well as Bank Nifty.

FII’s have already been selling aggressively in the cash segment and on Friday they unwound some of their index futures longs and added shorts too.

As far as levels are concerned, 16800 is the immediate level that we expect in the index, which is the target of the bearish technical pattern, and below that 16500 would be in sight for the December series.

On the flipside, 17300 would now be seen as immediate resistance on any pullback. Another observation we would like to highlight is that since July 2020, Nifty has always managed to find support at its 20-weeks moving average on corrections, but the index has breached that support at the close this week.

So, we continue with our cautious stance, and until any signs of reversal are seen, short-term traders should avoid aggressive bets and trade with proper money management.

Q) Sectorally, auto, PSU banks stocks took the beating. They were one of the top sectoral losers in the week gone by. What led to the price action?

A) Recently, PSU banks had seen a relative outperformance to their private-sector peers when their quarterly results were announced.

Also, certain stocks from the Auto space witnessed buying interest during mid-November on expectations of improving situation on the chip shortage.

However, as the markets corrected sharply, traders started unwinding longs and this led to underperformance in both these sectors.

Q) Unlock themes such hotels, leisure, travel, cinema felt the heat. Do you think these sectors will remain under pressure in the coming week as well?

A) Yes, a lot of expectations were built for their business revival as the travel restrictions were reduced.

However, with the new variant of Covid and rising cases in the US and Europe, there is a fear of some restrictions being imposed again and usually, markets do not like such uncertainty.

So, market participants would be watchful of the global Covid situation and until it improves dramatically, these sectors could continue to remain under pressure.

Q) What should investors follow – buy on a dip or sell on rally strategy?

A) As of now, we expect the market to correct further in the near term, and hence, it is better to wait and watch and avoid any bottom fishing here.

Any pullback move could see some selling pressure again and thus, short-term traders can use pullback towards 17300 as a selling opportunity.

Q) Your top 3-5 trading ideas for the December series?

A) Amongst sectoral indices, the Nifty Pharma index showed a decent outperformance and witnessed good buying interest on Friday.

This sector has already corrected before the broader market correction since the month of August. Now, with the broader markets correcting, certain stocks from this defensive pack could see some buying interest and outperform.

Cipla remains our top pick as the stock has formed a support base at its 200-DMA and has seen decent long formations on Friday.

In the F&O space, Havells saw profit booking, and charts indicate that we could see further correction in the near term.

Tata Chemicals has breached its important short-term support and hence could see further correction in the short term.

Traders can look to short this stock on pullback around Rs 865-870 with a stop loss above Rs 890 for a potential target of around Rs 820 in the near term.

PFC, REC further reduce lending rates on all types of loans by 40 bps